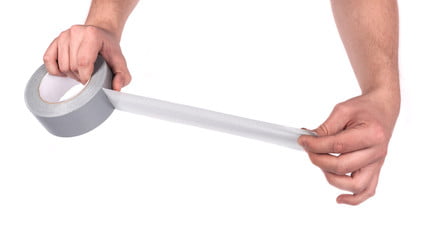 In a truly bizarre and insane moment during the ongoing impeachment hearing, democrat Congressman Hank Johnson asked fellow lawmakers to imagine the teenage daughter of Ukraine’s president tied up in Trump’s basement. Apparently, he wanted to summon mental images of an “imbalance of power” between the two world leaders.

“They’re standing there, President Trump is holding court. And he says, ‘Oh, by the way, no pressure.’ And you saw President Zelensky shaking his head as if his daughter was downstairs in the basement, duct-taped,” Johnson said, drawing laughter from the room. At least the democrat is being relentlessly mocked on Twitter for his blatant ridiculousness.

I have never witnessed anything like the last three years, culminating with these last three weeks.

While the scenario Johnson conjured up was highly embellished, it was the latest Democratic attempt to undercut the White House, reported RT.  Democrats seek to insist that President Trump placed no “pressure” on Zelensky or imposed a “quid pro quo” on his government.

Democrats have been grasping for straws in attempts to convince people Trump’s “pressure” on the Ukrainian president was an impeachable offense. In public statements, Zelensky himself has maintained that he faced no pressure, deeming his July phone conversation with President Trump a “good call.”  Johnson challenged that claim, suggesting at one point during Thursday’s hearing that Trump’s height advantage over Zelensky proved a disparity of power between the two leaders.

Wait? What? Is this what he’s talking about? Trump in a big chair? Huh. Come on Trump couldn’t you shrink for this meeting? Good grief abuse of size right?! Geez pic.twitter.com/t3NiByncVS

Again, Johnson is being mocked on Twitter for his irrational behavior and statements.

The Democrat-controlled House launched an impeachment inquiry into the Trump-Zelensky phone call in September, after a White House whistleblower came forward with allegations that President Trump coerced Zelensky by leveraging US military aid to compel an investigation into his political rival, Joe Biden. Democrats introduced two articles of impeachment earlier this week as a result of the inquiry, which are set for a committee vote sometime late on Thursday night. –RT

Until then, expect the nonsense to continue. Democats want to impeach Trump because he’s tall and because they conjured up a fake scenario in their own heads that Trump had tied up the Ukrainian president’s daughter in his basement with duct tape. How are we to NOT think this is just a gigantic rouse?