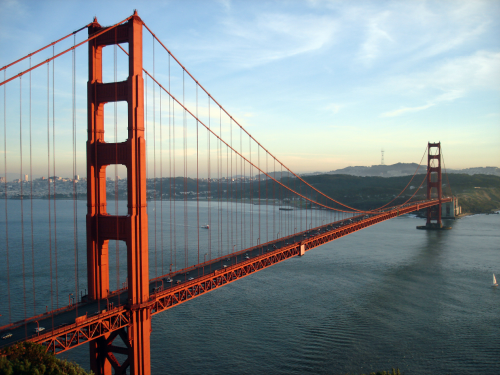 As ISIS has shown in their own magazine, they’ll probably never try to pull off a massive terror attack on American soil. Instead, they’ll indoctrinate useful idiots who already live here, and convince them to engage in numerous small attacks, similar to the bombings, knifings, and shootings that have plagued Europe in recent years. It’s a strategy that is far less likely to be foiled, costs significantly less, and can be maintained long after ISIS is overrun in the Middle East.

And what also makes this strategy so enticing is that these small attacks, which are so much more difficult to prevent, is that they can add up over time. They have the potential to accumulate death tolls that dwarf previous terror attacks, and there is little doubt that groups like ISIS are working to make that happen right now.

For instance, a 22-year-old man named Amer Sinan Alhaggagi from Oakland, California was indicted on terror related charges last week, after he allegedly “attempted to provide services and personnel to the Islamic State of Iraq and al-Sham (ISIS).” However, that justice department statement is a very sanitized version of what he’s actually being accused of. His plans, which were unearthed by undercover agents working for the FBI, suggest that he intended to kill as many as 10,000 people in the Bay Area with a wide variety of attacks; which included bombings, mass poisonings, and arson.

In that December 2016 court hearing, prosecutors revealed Alhaggagi talked about plans to sell cocaine laced with rat poison in Bay Area nightclubs. The undercover agent says he was looking for information on the exact mixture of strychnine and cocaine to use in that scheme. He showed the agent an ISIS bomb-making manual he downloaded on a computer and he sent the agent photographs of guns he said he obtained.

“He then told confidential source number one, ‘I live close to San Francisco, that’s like the gay capital of the world. I’m going to handle them right, LOL,’ meaning laughing out loud. ‘I’m going to place a bomb in a gay club, Wallah or by God, I’m going to tear up the city.’ And I quote, ‘The whole Bay Area is going to be up in flames,'” the federal prosecutor explained to Judge Westmore in his argument to have Alhaggagi detained.

He also told the court how Alhaggagi took the undercover agent, posing as an ISIS supporter from Salt Lake City, on a tour of the Bay Area including the Cal Berkeley campus. The feds say he wanted to plant backpack bombs at the dorms and went along with the undercover agent to set up a storage unit where he would store supplies for his plans.

Alhaggagi even attempted to get a job with the Oakland Police Department, with the goal of using that position to attain weapons that he couldn’t make himself.

He told the court, “If he was unable to make bombs himself, then his intent was to get employed by a police department and steal weapons from the police department once employed there and in that context, he said and I quote, ‘I’m going to redefine terror.'”

Oakland police were tipped off by the feds and there was never any chance Alhaggagi would get a job at the department.

This is the new reality of terrorism. It’s no longer just about foreigners sneaking into our country to carry out sophisticated plans. It’s about ordinary individuals who already live here, and are more than capable of blending into our society. They don’t have to pull off 9/11 style attacks. They can simply murder lots of people in very ordinary ways.