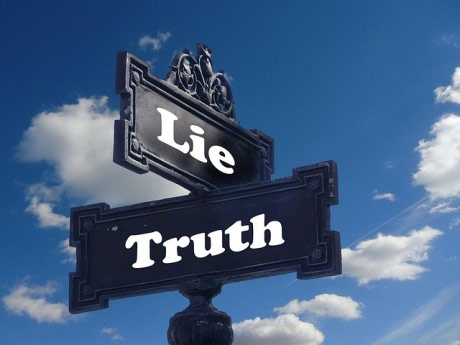 The Obama administration is telling us that the unemployment rate in the United States has fallen to 5.1 percent, but does that number actually bear any resemblance to reality?  On Friday, news outlets all over America celebrated the fact that the U.S. economy added 173,000 jobs in August.  We were told that the unemployment rate has fallen to a seven year low and that wages are going up.  So everything must be getting better for the middle class, right?  After all, isn’t that what the official numbers are telling us?

The financial markets are buzzing over this news because the unemployment rate has fallen into a range that the Federal Reserve has typically considered to be “full employment”, so there is an expectation that the Fed may raise interest rates shortly.  The following comes from Business Insider…

The unemployment rate fell to 5.1% in August, the lowest since April 2008. This was lower than forecast, and put the measure in the middle of the 5.2% – 5.0% range the Federal Reserve considers to be “full employment.” The economy added 173,000 jobs, below the expectation for 217,000, although August payrolls are usually revised higher. We also saw some wage growth, with average hourly earnings rising 0.3% month-on-month, and 2.5% year-over-year. The payrolls gain for July was revised up to 245,000 from 215,000.

But do we actually have anything close to “full employment” in this country?

The truth is that the only way they have been able to get the official “unemployment rate” to steadily go down over the past few years is to eliminate hundreds of thousands of Americans that are chronically unemployed from the official labor force numbers every month.  Jim Quinn elaborated on this very eloquently in one of his recent articles…

Now for the plunge in the unemployment rate. That comes from the household survey. The fact is that 220,000 more Americans entered the work force in August. According to this survey, 196,000 more Americans were employed. In the real world this would result in the unemployment rate going UP. Not in the Bizarro world of the BLS. They expect the peasants to believe that 261,000 Americans, of their own free will, voluntarily left the workforce in August because they don’t need a job to pay the bills, feed themselves, and keep a roof over their heads. The idiocy of this ridiculous assumption is breathtaking to behold. Only an Ivy League educated economist, CNBC shill, or complete and utter moron could believe this drivel.

At this point, the percentage of Americans that are actually considered to be “participating in the labor force” is the lowest that it has been since 1977.

According to the Obama administration, more than 94 million working age Americans are “not in the labor force”, and so they don’t count as being unemployed…

A record 94,031,000 Americans were not in the American labor force last month — 261,000 more than July — and the labor force participation rate stayed stuck at 62.6 percent, a 38-year low, for a third straight month in August, the Labor Department reported on Friday, as the nation heads into the Labor Day weekend.

Personally, I believe that the civilian employment-population ratio provides a much more accurate picture of the employment situation in this country.  It is a measure of the percentage of the working age population that actually has a job.

As you can see from the chart below, the percentage of working age Americans that are actually working has barely risen from the depths of the last recession…

Does that look like an “employment recovery” to you?

It sure doesn’t to me.

According to John Williams of shadowstats.com, if honest numbers were being used we would actually have an unemployment rate of 22.9 percent in this country.

But if the mainstream media reported that number, everyone would be talking about a “Great Depression” and we would all be complaining about what a horrible job Obama was doing.

Sadly, the cold, hard truth is that the U.S. economy has been collapsing for a very long time.  According to CBS News, the number of “ultrapoor” Americans that live on less than 2 dollars a day has doubled since 1996…

By one dismal measure, America is joining the likes of Third World countries.

The number of U.S. residents who are struggling to survive on just $2 a day has more than doubled since 1996, placing 1.5 million households and 3 million children in this desperate economic situation. That’s according to “$2.00 a Day: Living on Almost Nothing in America,” a book from publisher Houghton Mifflin Harcourt that will be released on Sept. 1.

The measure of poverty isn’t arbitrary — it’s the threshold the World Bank uses to measure global poverty in the developed world. While it may be the norm to see families in developing countries such as Bangladesh and Ethiopia struggle to survive on such meager income, the growing ranks of America’s ultrapoor may be shocking, given that the U.S. is considered one of the most developed capitalist countries in the world.

How can that be possible if we are close to “full employment”?

In a recent article on the Economic Collapse Blog, I explained that 46 million Americans used food banks in one recent year, and that lines start forming at some U.S. food banks as early as 6:30 in the morning because people want to get something before the food supplies run out.

No, economic conditions are definitely not “good” in this nation.

We are being told lies by our politicians and by the mainstream media.  The numbers simply do not match what is going on in the real world.

We can even see this in some of the wealthiest areas of the entire country.  In New York City, for example, they are dealing with an explosion in the number of people that are sleeping on the streets…

New York is in the grip of a homeless epidemic so bad that it has raised fears of the city slipping back into the disorder of the 1970s and 1980s.

The city’s police chief this week said that as many as 4,000 people are now sleeping rough in the city, in a crisis which even the city’s ultra-liberal mayor has finally acknowledged after months of denials.

Police officers have identified 80 separate homeless encampments in the city, 20 of which are so entrenched that they have their own furniture, while its former mayor Rudolph Giuliani has spoken scathingly of how his successor is failing to keep order.

Robert Kiyosaki, the best-selling author of “Rich Dad, Poor Dad“, recentlytold Newsmax that the “global economy is in a collapse right now”.  And he is right.  Things are getting worse in Asia, in Europe and in South America.

From here on out, millions upon millions of American workers are going to be losing their jobs and the suffering in this country is going to be off the charts.

So don’t fall for the lies that Obama and his minions are telling you.

All you have to do to see the truth is to open up your eyes and look at what is happening all around us.