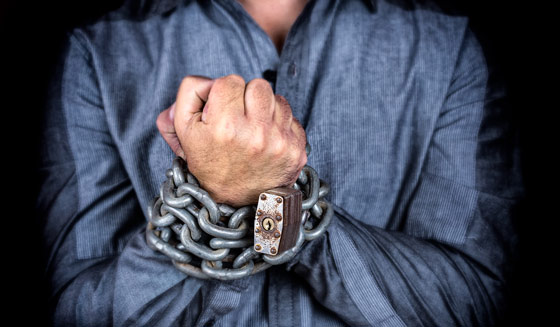 The inauguration is behind us now, but many – millions, it seems – are still immersed in fear, anguish, and grief over the reality of President Donald Trump.

#NotMyPresident is still a very active hashtag on Twitter.

Celebrities (I refuse to mention them by name here and give them more attention) are still using their platforms to express anger, disappointment, and distress over the Trump presidency.

Protests continue, and people are venting and ranting and arguing on social media.

But maybe – just maybe – the widespread frustration and despair over the election outcome is unnecessary.

Please understand that I fully support free speech and peaceful protesting, and my intention here is not to criticize those who have been attending protests or participating in other forms of activism.

No, I am not going to lecture anyone about that, or attempt to discredit or berate those who are vocal about their concerns regarding what is to come in the next four (or more) years. Many concerns are legitimate, and I am grateful that more people are speaking up and attempting to make their voices heard.

But I believe it is time to let the shock of the election inspire something positive – true action.

Perhaps the time for lamentation has passed, and it is now time to DO the things we can to make our world a better place.

In other words, I believe that we are responsible for our own lives, and that shifting focus to what we CAN control is a much healthier and beneficial approach than continuing down a path of despair. 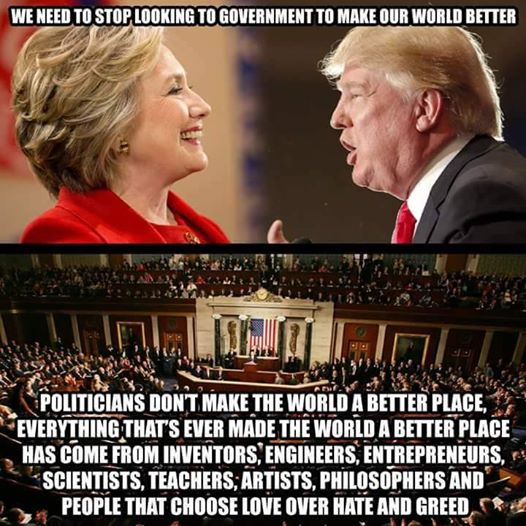 So, I have a question for those who are in panic mode right now and think Trump is going to ruin everything…

If you are devastated about who the president is, do you think it might be a sign that you rely on – or even worship – the State just a bit too much?

As I stated before, many of the concerns people are expressing are undoubtedly legitimate. Will Trump’s administration continue to expand the police state? Will there be more war? How will immigration be handled? Will peaceful people who use cannabis be caged? What will happen to the US healthcare system? Are taxes going to decrease, or increase?

These are issues that we don’t have much control over. In case you haven’t noticed by now, the government is ultimately going to do what it wants, will of the people be damned.

There are concerns, however, that are arguably less legitimate. The “right” to health care is a significant one. Trump is already taking steps to dismantle Obamacare, and this is causing (understandable) anxiety for those who relied on the program.

But if access to medical care is truly a right, that means we have the right to the labor of others.

As I explained a few days ago…

Positive rights require others to provide you with either a good or service. A negative right, on the other hand, only requires others to abstain from interfering with your actions. If we are free and equal by nature, and if we believe in negative rights, any positive rights would have to be grounded in consensual arrangements.

Health care and free birth control are two “rights” many claim to have, but that is a perversion of the concept of rights. Claiming the “right” to free healthcare, for example, would mean that it is okay to infringe upon the negative rights of taxpayers and healthcare providers. The government cannot infringe upon our rights to pursue health care, buy birth control, and purchase other items and services – but no one owes anyone healthcare. It is a good, just like food, clothing, and other things we are free to buy.

In other words, a right is not something someone gives you – it is something that no one can take away, or prevent you from pursuing.

For those who believe that access to health care and other taxpayer-funded government programs is a right, I have a question for you:

Would you be willing to rob others to fund those programs?

That may sound like a crazy question, but think of it this way: What happens to people if they refuse to pay taxes?

Are you SURE you are okay with using the force of government to make others pay for things you want?

Keep in mind that this could backfire on you at some point in the future.

I can’t fully blame Americans for believing it is the government’s job to take care of them. After all, the State’s existence continues for that very reason: People have been conditioned to believe they can’t survive without it. This indoctrination begins at a very young age, especially for those who attend public schools.

Americans have gotten used to the idea that they have “rights” that are, in reality, privileges – privileges that the government can take away with the stroke of a pen.

For example, the very powers that Obama used to implement the ACA are now being used by Trump to dismantle that program. 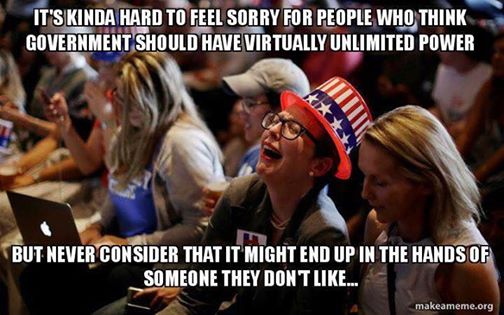 Worrying about what might happen during a Trump regime will not change a thing.

However, being proactive and taking personal responsibility for the things we can control can help us feel more empowered and independent.

Learning about agorism, free-market healthcare (also called concierge care), growing your own food, buying locally, trading goods and services within your community, homeschooling your children, and collaborating with family, friends, and neighbors on projects can help you substantially reduce your reliance on the government. Learn and/or develop skills that will be useful to you and your community. Prepare and plan for job losses, economic crashes, and other possible disasters or hardships. Donate to charities and GoFundMe campaigns. Volunteer. Feed the homeless. Help each other in times of need.

Agorism is a social philosophy that advocates creating a society in which all relations between people are voluntary exchanges by means of counter-economics. The concept was first proposed by libertarian philosopher Samuel Edward Konkin III:

Konkin’s agorism, as exposited in his New Libertarian Manifesto, postulates that the correct method of achieving a voluntary society is through advocacy and growth of the underground economy or “black market” – the “counter-economy” as Konkin put it – until such a point that the State’s perceived moral authority and outright power have been so thoroughly undermined that revolutionary market anarchist legal and security enterprises are able to arise from underground and ultimately suppress government as a criminal activity (with taxation being treated as theft, war being treated as mass murder, et cetera).

Agorists stress the importance of alternative strategies outside political systems to achieve a free society. Agorists claim that such a society could be freed more readily by employing methods such as education, direct action, alternative currencies like Bitcoin, entrepreneurship, self sufficiency, civil disobedience and – most importantly – counter-economics, which was defined by Konkin as:

It’s time to face the truth: the government does not care about you. It’s up to you to take control over your life. You own yourself, after all, and that’s a great thing.

“A majority that yields to the promises of security instead of seeking liberty and self-reliance is giving up something real and valuable in return for false promises. The fact that strong leaders are willing to demagogue, spin, deceive, and lie proves their goal is neither to care for the people nor to advance liberty. Instead, it’s their perverted desire to rule over others that drives them. But, even authoritarian regimes don’t last if there isn’t general acceptance of their governance by the people.” ― Ron Paul

If you are upset about Trump’s presidency (or even the existence of government at all) directing that energy towards attaining as much self-reliance as possible – and as little dependence on the State as possible – may do wonders for your outlook.

What can you DO to make life better for yourself, those you care about, and your community?

Authored By Lily Dane. Delivered by The Daily Sheeple