If The Debt Machine Was Turned Off, The U.S. Would Immediately Plunge Into A Horrifying Depression 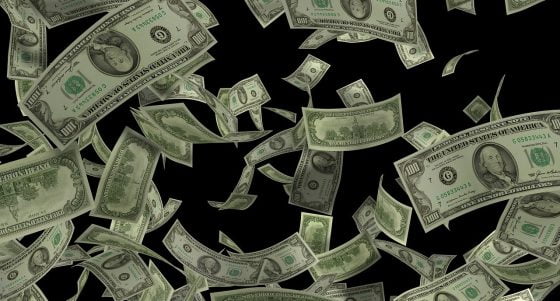 A new study has discovered that we are far more dependent on America’s great debt creation machine than most of us would have ever dared to imagine.  Today, debt is involved in most of our major transactions.

In order to purchase a home, most of us go into debt.  The same thing is true when most of us buy a vehicle.  Total credit card debt is well over a trillion dollars, and total student loan debt is now over a trillion and a half dollars.  Corporate debt has more than doubled since the last financial crisis, state and local governments are absolutely drowning in debt and unfunded pension liabilities, and the federal government is more than 22 trillion dollars in debt.  The Federal Reserve and the “too big to fail” banks are at the core of this insidious debt-based system, and it has been systematically destroying the bright future that our children and our grandchildren were supposed to have.  But if we suddenly turned off America’s great debt creation machine at this point, our entire economic system would totally collapse because we have become so dependent on it.  In fact, a study that was just conducted by Bloomberg discovered that “gross domestic product per capita would plunge into negative territory” if the ability to borrow was suddenly removed…

The nation’s health as measured by gross domestic product per capita would plunge into negative territory without its dependence on borrowed money, according to data compiled by Bloomberg.

In fact, the U.S. would fall almost to the bottom of a ranking of 114 economies by GDP per capita. Only Italy, Greece and Japan would fare worse. That’s a seismic shift from America’s comfortable No. 5 spot on a list based on conventional measures.

Our massively inflated debt-fueled standard of living is completely and utterly dependent on the continual creation of more debt.

In essence, this study found that without debt we wouldn’t have much of an economy at all.  In fact, Bloomberg says that U.S. per capita income would collapse from $66,900 a year to “negative $4,857”…

To get this somewhat dystopian measure, Bloomberg took each economy’s 2020 GDP as projected by the International Monetary Fund as a starting point. We then adjusted the number by removing the ability to borrow, while adding reserves to create an alternative wealth measure.

So the only thing keeping us from complete and total economic collapse is the fact that debt is flowing like wine.

But what would happen if some sort of major national crisis erupted someday and all of a sudden everyone was afraid to lend money?

That is something to think about, because such a scenario may be a whole lot closer than many people might think.

As it stands, we appear to be on the precipice of the worst economic downturn since the last financial crisis, and our trade war with China just went to an entirely new level as the month of September began…

The biggest reason for last week’s torrid stock market rally was rekindled “optimism” that the escalating trade war between the US and China may be on the verge of another ceasefire following phone conversations, fake as they may have been, between the US and Chinese side. This translated into speculation that a new round of tariffs increases slated for this weekend may not take place or be delayed.

However, that did not happen, and with no trade deal in sight, at 12:00am on Sunday, the Trump administration slapped tariffs on $112 billion in Chinese imports, the latest escalation in a trade war that’s ground the global economy to a halt, sent Germany into a recession, and given the market an alibi to keep rising because, wait for it, “a trade deal is imminent.”

Only, it isn’t, and 1 minute later, at 12:01am EDT, China retaliated with higher tariffs being rolled out in stages on a total of about $75 billion of U.S. goods. The target list strikes at the heart of Trump’s political support – factories and farms across the Midwest and South at a time when the U.S. economy is showing signs of slowing down.

The Chinese knew that these tariffs were about to go into effect, and so they were ready and waiting to retaliate just one minute later.

Of course, many U.S. companies will be hit extremely hard by these tariffs that the Trump administration just implemented.  The following comes from CNBC…

That means that when an electronics company imports a TV, or a smart speaker, or a drone from China starting September 1, it will have to pay a 15% tax to the U.S. government.

Eventually, this will end up raising prices on gadgets and other products for people in the United States, said Bronwyn Flores, a spokeswoman for the Consumer Tech Association (CTA), a trade group that represents 2,000 different companies in the electronics industry, including brands like Apple and LG and retailers like Walmart and Best Buy.

Basically, people are not going to be able to buy as much stuff during the holiday shopping season, and overall economic activity will be slower than it otherwise would have been.

President Donald Trump said trade talks with Beijing are still planned for September after a new round of tariffs went into effect on Sunday.

“We are talking to China, the meetings in September, that hasn’t changed,” Trump told reporters Sunday on the White House South Lawn after returning from Camp David.

These sorts of comments helped stabilize the financial markets last week, but if there was any hope that a trade agreement was imminent we would not have seen both sides impose new tariffs on Sunday.

And now we are moving into the month that is traditionally the worst for Wall Street.  The following comes from Fox Business…

Investors may breathe a sigh of relief that August, typically a volatile month for stocks, is over, but history shows that September could be even worse for Wall Street.

Since 1950, September has been the worst month for the S&P 500 Index, which has dropped, on average, 0.5% during the month, a phenomenon referred to as the September effect. According to Dow Jones market data, the average decline of the Dow Jones Industrial Average in September is 1%, while the Nasdaq Composite generally sees an average fall of 0.5%.

We shall see what this September brings.  Certainly things are really shaky on Wall Street right now, and any piece of really bad news is likely to set off another wave of panic.

Without a doubt, the market is more primed for a crash than it has been at any point since 2008, and it definitely will not take much to make this a “September to remember”…