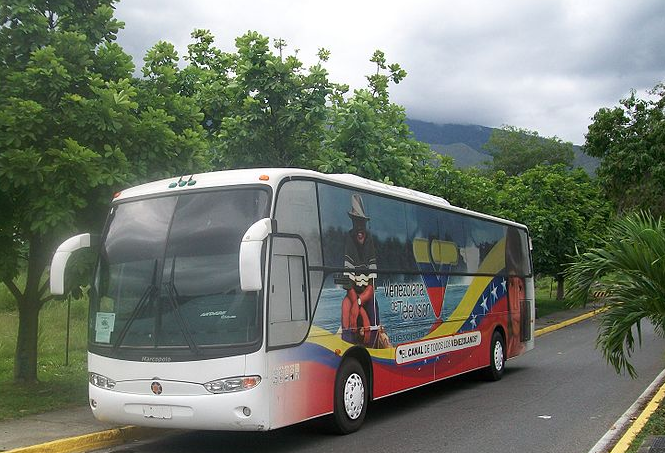 Venezuelans are becoming increasingly desperate to obtain enough for to feed their families.

The long lines, state rations and black market are no longer enough.

In recent months, hundreds of thousands of Venezuelan people flooded the neighboring border of Colombia in search of affordable food staples (something like 11 hours one-way), but diplomatic friction and worry over the surge of sudden border crossings prompted Colombia to keep the border closed to their neighbors.

Now, hungry Venezuelans are going to extraordinary lengths, with many taking 18 hour one-way trips from Caracas or other nearby population centers to travel by bus across the Brazilian border – just to buy groceries. Overnight bus lines give people working regular jobs just enough time to make the lengthy journey and get back to their day-to-day obligations in the collapsing Venezuela.

In any other circumstance, such a journey just to stock the food pantry would be unthinkable. But for many, it has now become necessary.

Venezuelans seeking to escape their socialist economy’s dysfunction are flooding into the remote Brazilian town of Pacaraima in search of basic goods that are prohibitively expensive or only available after hours in line.

Under pressure from local residents after Maduro shut the western border with Colombian border in 2015, Venezuelan authorities allowed several temporary openings for similar shopping excursions in July. Colombia last month halted those trips after more than 100,000 people crossed in a single weekend.

In the Pacaraima, known to Venezuelans as “La Linea” or “The Line” because it is immediately across the border, cramped shops are now piled high with sacks of rice, sugar, and flour.

Shoppers usually take a 12-hour overnight bus ride from Puerto Ordaz to the town of Santa Elena de Uairen. They then travel roughly 15 minutes by van or pick-up truck to La Linea. They spend the morning and much of the afternoon shopping, then head back across the border to catch another overnight bus.

“We’re in an economic crisis and I have to come to another country to buy food,” said Juan Sansonetti, 31, standing under the sun with a large sack of flour on his shoulder. “There isn’t much more to say, is there?”

Things have already reached the point of a humanitarian crisis, and the people have now been subjected to a protracted fight for survival against bureaucracy, looters and the forces of nature in order to simply eat.

Nutrition has suffered, normal activity has all but ceased, and the stakes are getting higher every day.

How much more can the Venezuelan population endure as its socialist leader clings to power and vows to fight against what he claims is an economic war waged by the U.S.?