How To Survive the Financial Cost of a Medical Emergency 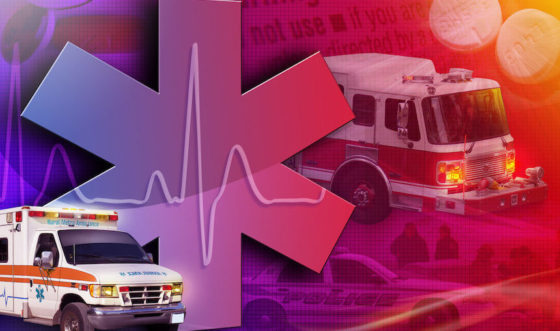 This article was originally published by Sara Tipton at Ready Nutrition

Medical emergencies often come out of the blue and have the potential to be devastating to not only your mental well-being but your finances. Because of the nature of these unexpected burdens, we’ve put together some steps that can be taken to survive the financial strain of an unforeseen medical emergency.

Studies have shown that medical emergencies are often an enormous burden on so many families. With 78% of Americans already living paycheck to paycheck, a medical expense that’s large and unexpected could destroy a family’s financial stability. In fact, about 2/3 of all bankruptcies in the United States are due to medical expenses. Often the cost is much more than families could ever hope to repay in a lifetime.

MEDICAL BILLS ARE LEADING CAUSE OF BANKRUPTCIES

The study we’re referring to was led by Dr. David Himmelstein, Distinguished Professor at the City University of New York’s (CUNY) Hunter College and Lecturer at Harvard Medical School. It indicated that about 530,000 families each year are financially ruined by medical bills and sicknesses, according to the website Study Finds. It’s the first research of its kind to link medical expenses and bankruptcy since the passage of the Affordable Care Act (ACA) in 2010.

In a press release by the Physicians for a National Health Program, Himmelstein said of his findings, “unless you’re Bill Gates, you’re just one illness away from bankruptcy.” He added, “for middle-class Americans, health insurance offers little protection. Most of us have policies with so many loopholes, co-payments, and deductibles that illness can put you in the poorhouse. Even the best job-based health insurance often vanishes when prolonged illness causes job loss – just when families need it most. Private health insurance is a defective product, akin to an umbrella that melts in the rain,” says Himmelstein.

The research also shows that The Affordable Care Act (ACA) or Obamacare has done nothing to alleviate the medical pressure on families. There was very little difference in the proportion of bankruptcy filings related to medical expenses since the ACA passed. In all, 67.5% of debtors said medical costs contributed to their bankruptcy in the first three years from the start of the law, compared to 65.5% prior to its passing.

AVERAGE COST OF A MEDICAL EMERGENCY

The average price of a medical emergency can cost some as much as one average mortgage payment. Findings from the John Hopkins School of Medicine suggest emergency room (ER) service charges can exceed Medicare rates for the same services sometimes by as much as 13 times the Medicare cost. When an emergency hits, people want the care immediately and hospitals are aware of this, making it much easier to take advantage of people and their insurance company financially. There is little one can do to stop ER departments from attempting to charge exorbitant prices for services. For those who don’t have insurance coverage, the rates can be even higher.

Once it’s all said and done, the timeframe for paying off the medical services used could be pretty long. But there are some “tricks of the trade” so to speak, to help you out. Depending on your scenario, there are multiple options at your disposal. The first and most obvious route to choose is to pay it off all at once.

HOW TO PREPARE FOR A MEDICAL EMERGENCY

If you have the means, pay off the entire balance at once and the hospital will give you a huge discount. This will save you money, often tens of thousands of dollars in the long run! You could also offer a large chunk of money upfront, which will help keep your costs down. But in order to do that, you’ll need to prepare for a medical emergency before it happens by setting up an emergency fund and stashing away some cash. Read this article for some tips to begin saving: 5 Simple Ways to Grow an Emergency Fund

You could also make sure your debts are minimal, or nonexistent before an emergency hits. This is difficult for so many because Americans, in general, have taken on historic levels of debt. But try paying off your debts then start using the money you were putting toward debt repayment to boost your emergency fund. Fewer payments going out every month most likely means you’ll have more money immediately at your disposal for your emergency fund. It also means you are more likely to be able to come up with cash to pay off the debt right away. (Remember, this could save you tons of money!) Plus, you’ll have the added benefit of knowing what it’s like to NOT live paycheck to paycheck. Just that added security could help relieve the mental stress of a medical emergency.

If you don’t have enough to pay cash for the services, you could always set up a payment plan. Keep in mind, the more disposable income you have (fewer debt payments, like car loans and credit cards) the higher monthly payment you can make getting you out from under the medical bills quicker. Because of interest, it is not recommended to make payments unless you have to and you can get payments set up interest-free.

Consider negotiating your payment plan, interest rate, and the overall cost of the medical services on your own. If you make it known that you’re going to have trouble paying back the cost, most hospitals will agree to work with you and your income.