How the U.S. Is Being Set Up to Lose World War III: “Nothing Is More Frightening As The Blatant Treason On Display In the White House” 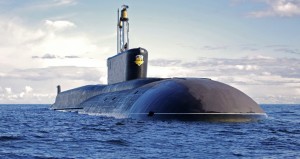