How The Elite Dominate The World – Part 3: 90% Of What You Watch On Television Is Controlled By Just 6 Giant Corporations 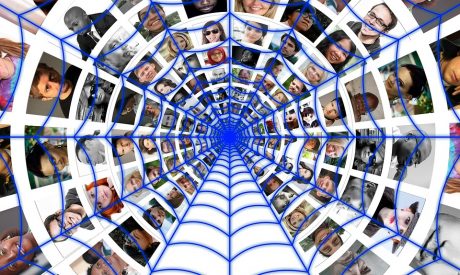 How much is your view of the world shaped by what you see on television? On average, Americans spend more than 150 hours watching television every month, and it is called “programming” for a reason. If you allow anyone to pour ideas and information into your mind for five hours a day, it is going to change how you look at reality. Everyone has an agenda, and every single news program, television show and movie is trying to alter your views. Sadly, our society has become absolutely addicted to media, and the mainstream media is completely dominated by the elite. In fact, about 90 percent of the programming that comes through your television is controlled by just 6 gigantic media corporations. Most of us are willingly plugging ourselves into this “propaganda matrix” that is completely dominated by the elite for several hours each day, and that gives them an enormous amount of power over the rest of us.

In Part I and Part II of this series, I discussed how the elite use money as a tool to dominate the planet. Today, we are going to talk about how they use information. If you control what people think, then you control a society. And through their vast media empires, the elite are able to shape how we all think to a frightening degree.

Just think about it. What do we talk about with our family, our friends and our co-workers? To a large extent, those conversations are about movies, television shows, something that we just saw on the news or a sporting event that just took place. The reason why we talk about certain things is because the mainstream media gives those things attention, and other things we ignore because the mainstream media does not make them seem to be important.

The mainstream media literally sets the agenda for our society, and it would be difficult to overstate the power that is in their hands. And as I mentioned above, the mainstream media is almost entirely controlled by just 6 colossal corporations. The following list of these 6 corporate giants comes from one of my previous articles, and this is just a sampling of the media properties that they each own…

If nobody tuned in to their “programming”, they would not have any power over us.

But according to a report put out by Nielsen, Americans are plugging into “the matrix” more than ever before. The following is how our daily use of media breaks down by device…

When you total those numbers up, it comes to 10 hours and 39 minutes.

In essence, Americans are spending most of their waking hours plugged in to something.

And if you only add together “live television” and “time-shifted television”, Americans are spending an average of more than five hours each day just watching television.

Of course many of us spend countless hours on the Internet as well. It has been estimated that 54,907 Google searches are conducted, 7,252 tweets are posted, 125,406 YouTube videos are viewed, and 2,501,018 emails are sent out every single second.

You may have guessed this already, but most of the news and information that we consume on the Internet is also controlled by the elite…

Overall, the top 10 publishers — together owning around 60 news sites — account for 47% of total online traffic to news content last year, with the next-biggest 140 publishers accounting for most of the other half, SimilarWeb found.

The biggest online news publisher for the U.S. audience was MSN, owner of MSN.com, with just over 27 billion combined page views across mobile and desktop, followed by Disney Media Networks, owner of ESPN and ABC News, with 25.9 billion.

This is why the “alternative media” is so important. All over America and all over the world, people are waking up and realizing that they aren’t getting the truth from the mainstream media, and they are hungry for truly independent sources of information.

The only way that we are ever going to be able to throw off the insidious system of control that the elite have established is by winning the information war. We are literally in a constant battle for hearts and minds, and the good news is that we have made a lot of progress. Over the past decade we have “red pilled” millions upon millions of people, but we still have a long way to go.

Faith in the corporate media is dwindling, and the elite are deeply concerned about this. The Internet has allowed ordinary people like us to communicate on a mass scale, and this has never been the case before in human history. We have a window of opportunity to fight back against the elite, and we must not let this opportunity pass us by.

We are literally engaged in a battle for the future of this planet, and let us never waver in our pursuit of victory.