How Rich Is Rich? 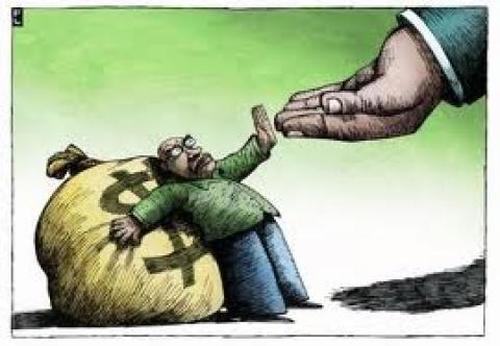 With an ever-growing chorus of ‘soak the rich’ rising from the left-er of the leftists, it is becoming increasingly important to know what “rich” is – How much would you have to earn in a year in the U.S. before someone considered you rich?

Statista’s Niall McCarthy has the answer. According to a recent YouGov poll ,that depends heavily on you ask…

The research found that the American public considers an annual income between $90,000 and $100,000 necessary to be deemed rich. The fieldwork for the survey was carried out in September 2018 and it found that 76 percent of respondents think an annual income of $10,000 constitutes being poor.

That label gets shaken off once yearly earnings hit $30,000 with half of the population saying someone in this income category is neither rich nor poor.

While there is a sense of division as to whether a $90,000 paycheck makes someone rich of poor, a majority of 56 percent of respondents agree that a person earning $100,000 a year is rich. The survey also asked people how rich or poor they consider themselves with 64 percent saying they are neither.