How Prepared Does the Government Want You to Be? 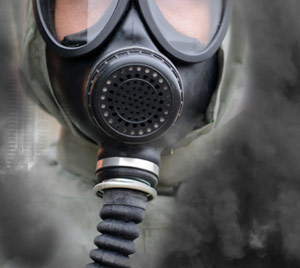 This article was originally published by Joshua Krause at Tess Pennington’s Ready Nutrition. Tess is the author of the widely popular The Prepper’s Blueprint.

This month Ready Nutrition is hosting a contest and giving away 26 awesome prizes worth over $1,000. You can enter to win by clicking here. 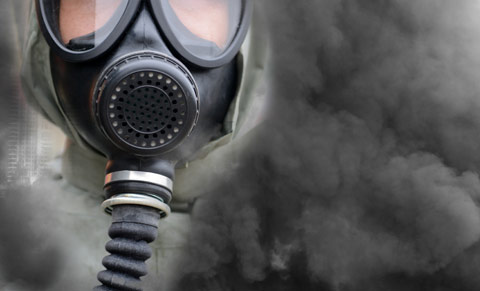 One of the things that makes some folks a little uneasy around preppers, is our inherent fear and disdain for the government. I’m sure it’s not like that for everyone, but I’ve yet to meet a prepper who puts a whole lot of faith in the authorities. We know that governments often fail to protect their citizens during an emergency, and we would much rather take our fate into our own hands, thank you very much.

Most people however, have at least a little trust in governing bodies, and believe that when things go bad, some highly trained professional with a badge is going to swoop down and save them. “Isn’t that why we pay our taxes?” they must mutter to themselves. With that in mind, it’s not all that surprising to discover that the average person would find your lack of faith in the government, to be disturbing.

I’ve often suspected that one of the reasons why they still think the government has their best interest at heart, is that on the surface, the authorities love to promote preparedness, or at least their brand of it. Any time there is an impending disaster, the media will often read verbatim, some preparedness checklist of supplies and tips that was put together by some government agency (these basic kits that they want all citizens to have on hand, are often comically underwhelming compared to what most preppers have squirreled away). These government preps often lead people to believe that the authorities just want them to be safe. If they didn’t, as those paranoid preppers often claim, then why would they even bother telling us to stock up on vital supplies?

If you take one look at many of these checklists however, you’ll have every reason to believe that the government doesn’t give a damn about your survival. I was actually a little optimistic before I started searching for these checklists, and thought that maybe, hidden away somewhere on the internet, there was a government document that gave useful advice for long-term survival. Boy was I disappointed.

Let’s start with ready.gov, and their brief checklist of essential survival supplies:

You should also keep:

Well this sounds like an improvement. They list a few more items like cash and a multipurpose tool, and they suggest a 7 day supply of medication. Still not enough in my book, but it’s a step up. However, they leave the food and water situation open to interpretation. That’s kind of a big deal right?  I thought they just wanted you to decide how much you should stock up on depending on the situation, until I read their checklist for pets, which suggests you only stock up on a three day’s supply of chow for your doggie. I can only assume that this applies to humans as well.

Alright, let’s move on to the big leagues: FEMA!

Other items to meet my family’s unique needs you say? But what if my family has a unique need FOR MORE THAN THREE DAYS OF FOOD AND WATER! My God. Is this a meme among government agencies? Were all of these lists written by the same bureaucrat? Or does the government just not want you to survive on your own for more than three days?

Actually that sounds about right, but let’s move on to NOAA’s checklist. I’ve never heard anything terrible about them. Maybe they have a solid plan.

Finally. It appears that there is at least one government agency out there that wouldn’t have me and mine starving after three days. This list was actually the best I could find. It’s not perfect, but I give them major kudos for including one really basic item that none of the others would. A knife. Well, a utility knife anyway, which if my memory serves, is just a box cutter. Better than nothing I suppose.

That actually brings me to the biggest problem I have with these lists. None of them ask you to stock up on the tools you need to defend yourself. Now I know that they probably don’t want the masses taking to the streets with assault rifles every time there is an emergency. No government (aside from the Swiss) wants that. But would it kill them to at least vaguely mention the possibility that someone might want to hurt you or steal your stuff during a disaster? I mean, it’s not unheard of.

The NOAA list was the only one that came even came close to preparing you for that possibility with their pathetic “utility knife,” and perhaps the CDC list with their “multitool.” I know that’s not why they listed these items, but at least they wouldn’t send you out into the world with nothing but 3 days of food and your bare hands.

But what can you do? That’s government preparedness for you. For the most part, it seems they want to prepare you to come crawling to them for food, water, and protection after only three days. The thought of you actually surviving on your own for more than a weekend must be abhorrent to them.

This month Ready Nutrition is hosting a contest and giving away 26 awesome prizes worth over $1,000. You can enter to win by clicking here.