How Do You Prepare Now to Make Recovery From Economic Collapse “Manageable”? 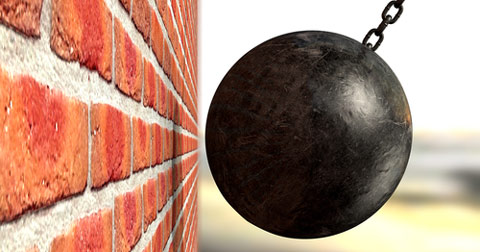 This article was written by Tom Chatham and originally published at his Project Chesapeake blog.

Editor’s Comment: No one is too happy about the trying times ahead, and collapse often appears imminent. That is why we prep, in order to make the most desperate stage of collapse more manageable, and to foster an environment where you can put your skills to use in rebuilding, bartering and returning to some kind of normal in the future ahead.

But if it happens, it is an opportunity to set things straight. In the best outcome, it could be a reset. In fact, the whole system could be reformed, honest economy policies put in place, and oppressive and tyrannical practices collapsing on their own weight.

But that is only one possible alternative, whereas the darker and opposite scenario of total clampdown is more in line with our current trajectory. However, the repudiation of the GOP in 2106 and the online excitement and focus of thought on alternative, self-sustaining lifestyles and forms of association are hopeful signs that people are hungry for something better. There is a lot of vibrant and dynamic human life out there, and it could work towards freedom… will we recover from complete societal collapse?

How Do You Recover From An Economic Collapse?

The road to recovery from any type of societal collapse is largely dependent on the mechanism that caused the collapse. For this reason we need to determine what the likely cause of the collapse will be and have the appropriate equipment to fix the malfunction after it happens. This requires society to take a realistic look at the situation as it is and not how we want it to be.

Most people do not even realize that we are heading for an economic collapse of epic proportions so talking about recovery may seem like we are getting too far ahead of ourselves. What you need to understand is that what we do now, before the collapse will determine how well we are able to recover from it and how fast. When you leave on a trip you pack the appropriate clothing and make sure the car is running well and you have emergency equipment like a spare tire with you just in case. When the economy collapses if we do not have the proper emergency equipment on hand to fix the problems, we will find ourselves stranded and unable to move anywhere.

From a societal standpoint, being unable to move means we will not be able to resolve any of our problems quickly and will out of necessity begin to prey on one another to fulfill our needs. This is what will cause loss of life on a monumental scale as the crisis is drawn out over time. Having the proper emergency equipment and a plan to use it will greatly reduce the suffering that is endured by society. This does not mean there will be no pain, only that we can keep it manageable.

A nations wealth is derived from having a product to sell. A service economy is dependent on having a wealthy society that has sufficient disposable income to support service jobs that consumers pay for rather than doing the jobs themselves. A society cannot get wealthy by washing each others clothes. There must be some type of real production to generate true wealth.

For this reason, the type of collapse many western nations now face will require them to have the ability to actually produce real goods following any collapse to begin the generation of wealth that is required to lift society out of any depression. This means society will need those with insight to have the necessary emergency equipment standing by after the collapse to begin the production of real goods and provide people with real jobs. The lack of jobs and resources following any collapse will mean poverty and predatory actions by society when things finally bottom out.

This does not necessarily mean we will need to build large factories with thousands of employees. We will likely need to focus on smaller mini manufacturing sites employing a few dozen people in each. This is a first step to building larger more productive factories in the future. .

China has embarked on a building spree over the past decade and the result is the existence of many ghost cities and new infrastructure all over China. They possess all of the manufacturing technology of the west and the factories to produce the goods. They have also sought to secure raw materials all over the world for future use. They have built up a huge stockpile of gold. All of this means that China has positioned itself to have the necessary infrastructure to recover from any collapse that the world may face in the future. They have the equipment to build their own wealthy middleclass to fuel their rise in the future. They will do what the U.S. did in the 20th century and build up a wealthy middleclass and become a world leader economically, militarily and politically.

If America wishes to remain free, we need people with vision to prepare for this eventuality and be able to respond with a new program of production to counter the many dangers we will face in the future. There are two areas that should be concentrated on as far as production is concerned. The first is the extraction or harvesting of resources and raw materials. The second is the conversion of those raw materials into finished goods.

Once you lose the ability to work and earn a living you become a government serf that is forced to bend to their will as you ask for handouts to survive. In an economic collapse the medium of exchange is destroyed along with the savings of the masses. When this happens people can no longer buy the goods they need to survive. Two of the things that survive collapse are individual labor and raw materials. When you can combine these with a third item, production equipment, you have the means to provide the basics of survival for the people and a means to produce their way through the difficulties they are facing. Absent a medium of exchange people will still be able to work for the things they need. This is the key to overcoming a serious crisis that can fracture the population and destroy societies.

Small localized production can make all of the difference when goods are needed to sustain families at the most basic level. The basis of any society is the ability to produce agricultural products. Food is a basic necessity and is the basis of any prosperous society. It is the first level in any production scheme to provide basic goods. Food provides the means to support industrial production. Industrial workers earn pay so they can buy food for their families. Food becomes the primary trade item to support other types of production that eventually provides a higher standard of living for society.

In a collapse, a food producer with a small industrial facility can trade food for the labor to produce factory goods that provide value added goods for society he can trade for other items. With this type of production, a community can overcome economic obstacles even in the absence of a medium of exchange. The industrial equipment could be as simple as a portable saw mill, a grain mill, fiber processing machines such as a spinning wheel and floor loom or a shop filled with wood working or metal working machines. The size and scope of production will be dependent on the abilities of these forward looking individuals to procure these machines prior to any crisis.

This may seem like pie in the sky dreaming to some but the fact remains. The future will only be as difficult as we make it. If we fail to prepare then we are preparing to fail and that will cause suffering on an unimaginable scale yet to be seen. Even a small amount of preparing can yield huge dividends when the time comes so anything you can do to prepare for the changes to come will be worthwhile. I am a big believer in infrastructure and the benefits it brings with it. A farm with specialized equipment can produce more products and create more wealth than one with typical farm equipment. Someone raising livestock that sets up their own small processing facility can process their meat for increased worth and has the means to hire persons to do the work for payment in food products. A dairy that has the ability to produce cheese can increase their product line and produce a product that will keep longer.

When crisis strikes in the future the amount of infrastructure available at the local level will determine what hardships we will face. The production of real goods is the only way we will get through a future crisis and keep society in tact for the duration. The wealth of local communities will depend on what products they have to offer in the future. A lack of local production will end with poverty and societal breakdown that may not be recoverable for many years to come.

This article was written by Tom Chatham and originally published at his Project Chesapeake blog.