Hillary: Way to Stop Terrorism is to “Understand” Other Cultures & Their Food 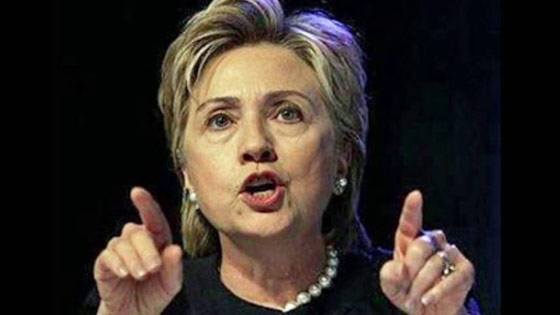 If you thought Hillary Clinton would stop talking any time soon then think again.

The defeated presidential candidate told a fundraiser for a youth program that the best way to stop terrorism was to “understand” other cultures and their food.

Clinton said that Khan, who has called for Donald Trump to be banned from entering the UK for a state visit (while actual terrorists from Syria are free to return), had shown “steady, determined leadership”.

Hillary said the best way of combating terror was to “reach out to the world” in order to “understand” people living in foreign countries.

“Getting to know one another. Learning about the experiences, the lives, the cultures, the religions, the food,” she added.

One wonders what kind of “cultures” Clinton is referring to? Maybe the ‘culture’ of Bacha bāzī, where elderly Muslim men dress up young boys as girls and then rape them? Or could she be referring to female genital mutilation? Another expression of Islamic ‘culture’ now endorsed by imams living in America.

“This is not a time to lash out, to incite fear or to use tragedy and terror for political gain,” said Clinton, a comment obviously aimed at Donald Trump and anyone else who has correctly identified political correctness and tolerance of Islamism as creating a fertile ground for terrorist attacks in the west.

Maybe we just need to get a better grip on the dietary habits of Muslims.

Who knew it would be this easy to stop suicide bombers, rampaging knifemen and jihadists who plough vehicles into crowds of people?