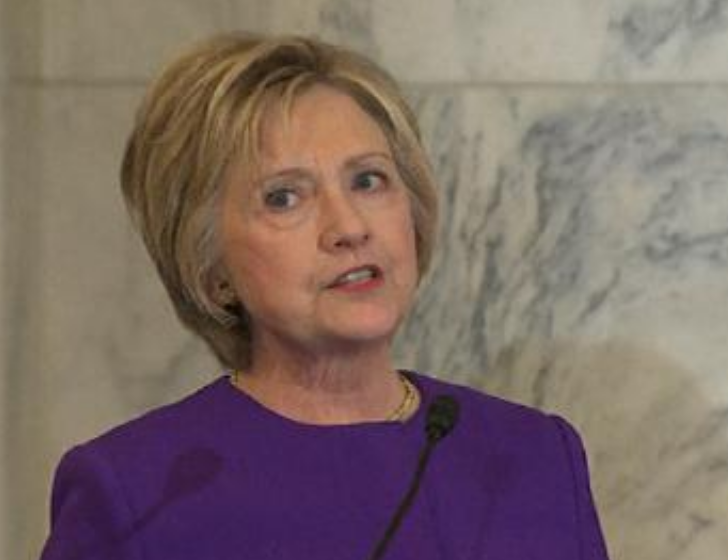 A month after the election took place, Hillary Clinton is lobbying to shut down opponents, trolls and the perpetrators of “fake news.”

At least part of the reason for her outspoken words were to indirectly defend the actions of her staff members and family friends, including John Podesta, who has been implicated in the swirling “Pizzagate” investigation taking place online, wherever message boards and threads haven’t already been shut down.

Seriously, she is throwing her voice behind an effort to eradicate this “fake news” from the web. (Incidentally, that includes a lot of blogs who dared to oppose her during the election.)

Hillary Clinton on Thursday called for a bipartisan fight against an “epidemic” of fake news, sounding the alarm one month after she lost an election buffeted by the public spread of misinformation.

“This is not about politics or partisanship,” Clinton said. “Lives are at risk.”

Clinton’s reference to the “real-world consequences” of fake news comes days after a gunman briefly occupied a Washington pizza restaurant mentioned in false reports of a child sex trafficking ring linked to the former secretary of state.

Clinton [called] fake news “a danger that must be addressed and addressed quickly.” She praised tech companies for “starting to grapple with the challenge and the threat of fake news.”

Clinton’s campaign chairman, John Podesta, was in attendance… Biden told reporters in the Capitol on Wednesday that he plans to eat at the Washington pizzeria targeted by fake news as a show of support.

The man who reportedly fired a round from his AR-15 at Comet Ping Pong, connected to the intrigue, added drama and urgency to Hillary’s plea to more heavily regulate speech on social media. Despite damning links to people apparently celebrating pedophilia and allegedly talking in code about illicit acts, the mainstream media has proclaimed the story to be a “hoax” and, simply, false.

Ironically, this same media went out of its way to mislead viewers about the size of rallies and crowds at pro-Hillary events. They simply refused to report on anything negative about the preferred candidate, and most gave her a pass on everything but the most obvious – namely, tame questions about the use of classified material on her private email server.

Things got especially weird when Brian Williams went on a rampage condemning so-called “fake news” (which has been poorly defined, and never proven) – despite the fact that he himself was suspending from air after getting caught making up a blatant lie on air.