Here’s What Happens To Your Car After A High Altitude EMP Attack: “Electronic Components Can Be Fried Or Severely Damaged” 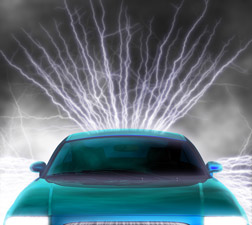 (This article is dedicated to Dave, who fielded the question that is the topic of this piece) 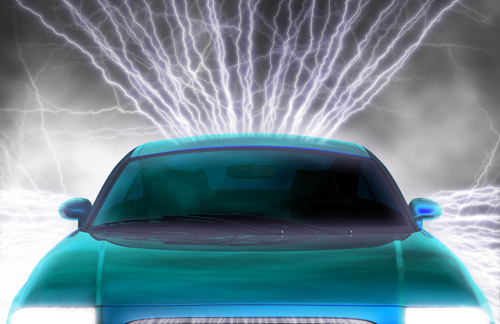 An excellent question was asked by Dave, one of the commenters on SHTFplan pertaining to EMP’s (Electromagnetic Pulses) and their effects on vehicles.  Here it is:

“SERIOUS QUESTION: IF there is an EMP attack on the continental United States; is there ANY way you could protect your car? This might seem like a stupid question; but IF an EMP Strike fries everything electronic; I figure you have approximately about 15 – 30 minutes before the Mushroom clouds start going off in every major American City. You guys on this board are pretty knowledgeable; and I thought if someone would know; it would be here. Thanks.”

So with that, where to begin?  The first thing to remember is that although scientists have studied the Compton Effect (the actual effects resulting from an electromagnetic pulse generated either by an EMP weapon or a “standard” nuclear detonation) they are not able to ascertain a precise answer to exactly how the effect will proceed.  Such is because there are many factors that will influence such an EMP, and these variables are not able to be measured or quantified in a precise manner.

Some of those factors are the weather patterns and the existence of electrical storms that could disrupt or alter the pulse.  Geography, the time of the year, and solar activity are all factors that could affect a pulse.  These are not variables that can be controlled, making it an “inexact” hypothesis.  Knowing this, there is still information that can be used to make a few choices and take some actions from a personal perspective.

For some starters, Wikipedia has a comprehensive article entitled Nuclear Electromagnetic Pulse that will answer many questions about the nature of an EMP.  Some case studies it mentions are the Starfish Prime test conducted by the U.S. and Soviet Test 184 by the USSR, both in 1962.  The EMP produced by the tests knocked out streetlights 900 miles away (Starfish Prime) in Hawaii, and surges that knocked out power lines and started fires (Soviet Test 184).  The tests are of interest because the U.S. and the Soviets actually conducted them to measure the effects of an EMP detonated at a high altitude.  The Soviet tests in particular were made with smaller weapons of 300 kilotons.

This last statement is of significance because those tests were in 1962; today the world is much more adept at miniaturization of nuclear warheads for such a purpose as an EMP.  Such is the reason that nations such as North Korea and Iran with their doctrines to employ a Super EMP weapon pose a threat…more than they would have fifty years ago.  This is why we can’t think of them as just “backwards” states (which they are) from a conventional mindset of numbers of missiles they have, or an exchange with one of the superpowers.  With miniaturization, here is the bottom line:

One small warhead in the kiloton range could produce an EMP that sends the U.S. into the Dark Ages.

With that being mentioned, go to dbtest.com, the website for Dayton T. Brown, Inc., that actually performs EMP testing in their private facility for electronic equipment, military equipment, and vehicles.   The site informs us the company has an RS-105 EMP simulator to conduct such tests.  They have a toll free number, 1-800-837-8456.

There being no reason to invent the wheel, that is one source of information.  Here is another: an in-depth article that explores the effects of an EMP on vehicles.  The article is entitled, EMP Effects on Vehicles, by Jerry Emanuelson.  The article cites numerous studies, especially with test results from experiments conducted by White Sands Missile Range.

With regard to vehicles, the author points out an important factor:

“When it comes to wiring and electronics, however, the differences are much more striking.  This fact makes generalizations about vehicles and EMP very difficult.  Even if every make and model were tested on one occasion in an EMP simulator, the EMP sensitivity could be changed dramatically just by moving a wire or by changing the way that a cable is routed.  This makes statements about the EMP sensitivity of any particular make and model nearly meaningless.  This is why you will not find a listing anywhere of which makes and models of vehicles are EMP resistant.”

The author believes that most cars and trucks will not be affected by an EMP: the problem is with the microcircuits and computer chips found in almost all models from the 1990’s and forward.  The rest of the car may very well be unaffected; however, computer ignition chips and microcircuits that control many engine functions may be rendered inoperable by the pulse.

“This pulse induces an electrical charge in material which conducts electricity — like the components of a computer or battle tank.  If the pulse is strong enough, the electronic components can be fried or severely damaged.  It is very possible, then, to have such a high altitude nuclear explosion from which personnel will suffer no ill effects but they may be out of business because none of their electronic gear will work.”

So what to do about this type of thing?  The article goes on to provide specifics from research on shielding and how vehicles can (to a certain point) be protected, either from shielding within/upon the vehicle, or from blocking the EMP with use of a structure, either steel or concrete.  There is a list from Clemson University that can be accessed in the article that gives data on shielding for different types of vehicles; the list is not comprehensive, but it gives a good idea of where your particular vehicle may fit in.

The author also cites another, even more comprehensive article as follows, and I’m quoting it directly from the article, as he explains how to reach the link to it:

“EMP Mitigation – Protecting Land Mobile Vehicles from HEMP Threat Environment” which was published in March 2011.  They keep moving their web library, so I cannot link directly to it.  To find this document, go to the Protection Technology Group page, then click on the Media Library link at the top of the page. On the Media Library page, click on White Papers.  Scroll down on the White Papers page until you get to the article that you want.  The article specifically applies to military vehicles, but has relevance to commercial vehicles as well.”

I visited the site.  In addition to the author’s instructions, you will have to enter “EMP Mitigation” in the search bubble, and do not enter the entire title of the article.  Then the piece comes up in its entirety.  I must also mention there is a plethora of information in these White Papers that have to do with all kinds of EMP effects, ranging from vehicles to communications equipment.  It’s all right there for the taking.  By the way, HEMP stands for “High altitude Electromagnetic Pulse.”

In closing, some of the comments pertaining to Dave’s question were very sound, especially one by Old Guy who mentioned that it might mean death to be driving around with a vehicle when everyone else’s are inoperable/defunct from an EMP and they see you.  Sound advice that I agree with.  I add that in such a case, driving on the back roads to reach your home or your safe location would be priority, avoiding the IHM (Incredible Human Mob) along the way, and after that?  You may only wish to utilize your working vehicle in the event of a dire emergency.  Some of these sites and articles may get you started on researching what is needed for your particular vehicle.  Hope to hear from you with plenty of good information to add to what’s been covered.

Build Your Own Faraday Cage Out of an Ammo Can

An EMP Attack And Nuclear War: Our Biggest Security Threat Is Not From North Korea, Russia or China