Health Ranger: Mainstream Media Is A Part Of The Biggest Scandal In US History 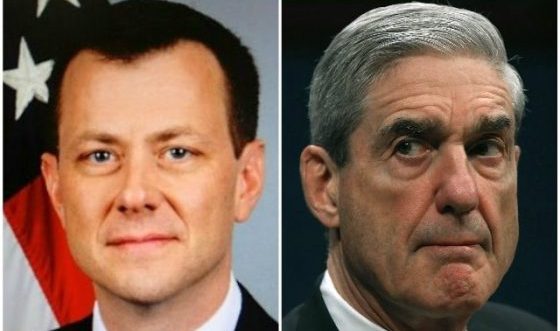 The FBI is currently masterminding the most egregious political crime of the century, according to Mike Adams, the Health Ranger.  All of the masterminds in power have now been exposed but it’s time to expose the media too.

The mainstream media is covering up the FBI, deep state, and Democrats scandal because they are a part of this.  It’s their job to use propaganda to alter public opinion and they have done it well.

Adams starts his podcast by revealing what we already know: the mainstream media is lying to us.  But then he says that we should prepare to have our minds blown. “The ‘house of cards’ of the FBI scandal, the corrupt deep state FBI run by criminal-minded individuals…this house of cards is crumbling by the day,” Adams says.

It’s no secret anymore that the FBI was protecting Hillary Clinton while trying to basically invent stories about Donald Trump.  Adams goes into detail about the nefarious action the FBI took to protect the corruption and criminal activities of the left while doing everything in their power to demean Trump. “It’s one set of laws for the Clintons and a completely different set of laws for everybody else,” Adams says.

“Now what we are seeing exposed is the deep deep corruption of the FBI…what a disastrously dishonest organization! The FBI has now been exposed as being [dishonest]. It’s the leadership that’s being poisoned by extreme politics.  They’re all political hacks. And frankly, I’m calling for their arrest.

This is the largest and most egregious political scandal in the history of America and not a WORD from CNN about this. Not a word from MSNBC. Not a word from The New York Times or The Washington Post, or any of the other swamp publishers, USA Today.  They are all covering it up because they are part of it. They accepted the deep state “leaks”… “ –Mike Adams

This is the biggest political conspiracy in US history, says Adams, and the media is intentionally covering for Democrats and the deep state.  Their propaganda has taken hold though, and it will take a concerted effort of revealing the truth in order to undo the brainwashing that has taken place.

“They thought they could get away with this.  But now, thanks to largely, the independent media…who are just hammering this home. Independent media has been nailing this story and it is a story for the ages. As an American, I am so disgusted with what Hillary Clinton got away with and how the media helped her and her rapist husband get away with their crimes for so long, and how the FBI has been corrupted and turned into a political hack organization.”

Adams makes several good points.  The government is corrupt, the media is biased and a part of the corruption and scandals are ignored by the everyday American because propaganda is easier to absorb than the truth. Imagine the freedom and lifestyle we could all have if we strip the power from the government and their propaganda arm, the media, and return it to the individual.