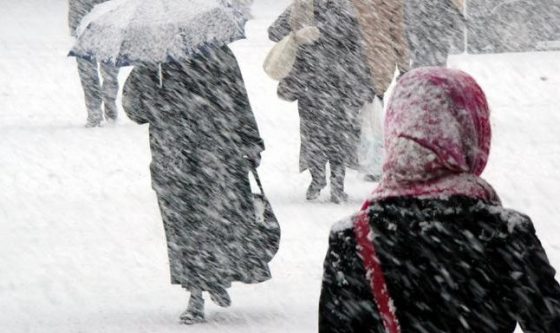 Britain is facing a three-week long arctic chill that will see temperatures plummet and significant snowfall, according to health officials, who are warning that residents should be prepared for the imminent threat to human health. 40,000 could die from the cold.

Temperatures in Britain are expected to go as low degrees Celcius or 10 degrees Fahrenheit over the next three weeks and extremely heavy snowfall is expected in Essex and London. Health chiefs have now issued a warning ahead of the prolonged cold spell, calling on the public to check on those who may be at risk.

Britain risks a re-run of some of December’s 2010’s mayhem. This cold spell also forecasts snow and ice, meaning some roads will be impassable, trains will be halted, planes will be risking cancellations, and football matches could be called off because of frozen fields. December shivers nudging -12 Celsius (even in the South) were forecast by The Weather Company and The Weather Outlook.

Dr. Thomas Waite, of Public Health England’s Extreme Events team, said: “As the weather is going to get colder everywhere in the coming days, this is a really good time to check on those who may be at-risk. People with diseases such as heart and lung conditions, older people and young children can feel the ill-effects of cold weather more than the rest of us.”

“To stay well this winter we all need to play a part. Is there someone you know who could be at risk when the weather gets cold? Could you help them out by fetching shopping or prescriptions? When the colder weather arrives there are several things we can do to keep well, wear several thin layers instead of fewer thicker ones, keep parts of the home you’re using heated to at least 18C and keep a careful eye on the weather forecasts,” said Waite.

It is feared colder-than-usual weather will kill close to 40,000 Brits this winter after 34,000 excess winter deaths were recorded in the mild winter a year ago. Winter’s average cold weather death toll is 25,000. The Met Office said Arctic air means Britain’s -7 C coldest nights of winter are possible on Wednesday and Thursday in both the South and North, beating the -6.3 C on Saturday morning at Topcliffe, North Yorkshire.

Many who die in cold weather are elderly but these victims would not die anyway in coming months, the Department of Health emphasized. Twenty percent of winter deaths are of people under the age of 75, with 11 percent under 65, Office for National Statistics figures show.