Have You Committed Your Three Felonies Today? 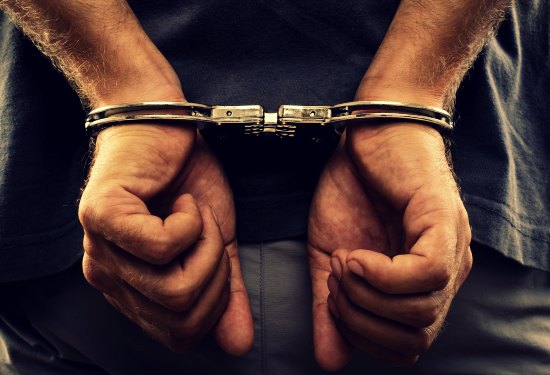 Several years ago the Commonwealth of Virginia enacted a law restricting firearms purchases to one per month. This was intended to discourage smuggling of weapons to urban areas outside Virginia with tight gun control laws and (unsurprisingly) high homicide rates. The law didn’t seem to do much good and in a rare outbreak of common sense was later repealed, though there’s recent misguided talk from Attorney General Mark Herring of reviving it.

During its short period in force, the prohibition spawned a popular saying in the Old Dominion: “Buy one gun a month – it’s the law!”

A similar attitude may be appropriate in light of an estimate that due to vague statutes and the proliferation of federal regulations – which have the force of law – we wake up in the morning, go to work, come home, eat dinner, and go to sleep  unaware we may have committed several federal crimes in the course of the day. The number varies but the average number of crimes per American seems to be about three.

The more important point is that every one of us is probably guilty of something. “There is no one in the United States over the age of 18 who cannot be indicted for some federal crime,” retired Louisiana State University law professor John Baker told the Wall Street Journal in July 2011. “That is not an exaggeration.”

Like the boychiks used to say in the good ol’ NKVD (People’s Commissariat for Internal Affairs; Народный комиссариат внутренних дел): “Give Us the Man, and We Will Make the Case.” (I guess nowadays, we should say “person.”)

Let’s stipulate that the true Rechtsstaat, where justice is administered in a politically neutral manner is few and far between in human history. The norm is politicized justice where holders of power – in an elective system, the winners – use the justice system to harass and terrorize the losers.

But America today must be the only country that’s ever been so goofy that the losers are able to terrorize the winners. Whatever your feelings about the current administration, consider: the feds come in like gangbusters, breaking down doors, rousting targets from their beds, seizing their personal documents and devices, and subjecting them to piled-on charges and questioning designed to result in perjury, obstruction, and conspiracy charges – especially the phony crime of “lying to the FBI” – adding  up to decades in jail. Those accused are forced to plead guilty to a lesser charge or bankrupt themselves hoping they will be vindicated by a jury of sheep their peers, where the feds have a 90 percent-plus conviction rate. That’s treatment meted out to Paul Manafort, Mike Flynn, George Papadopoulos, Michael Cohen, and others.

Conversely, clear evidence of crime, such as mishandling classified material, is a freebie: “No reasonable prosecutor would bring such a case.” Oh, some of the emails are “personal?” That’s OK, you decide what’s what – we trust you! There’s a claim a foreign power hacked a computer server, which some compare to an act of war demanding retaliation – no, we don’t need to see the server itself, your contractor’s report is good enough for us! And while you’re at it, go ahead and purge your electronic records (even material you’re obligated to preserve) and smash up your smart phones and pull out SIM cards. Oh, hey, does anyone need immunity? No need to bargain, we’re happy to provide! That’s the treatment accorded to Hillary Clinton, Huma Abedin, Cheryl Mills, Tony Podesta, and their ilk.

It’s no coincidence, Comrades, that this disparity is the work of denizens of a law enforcement and intelligence apparatus that is focused like a laser on two closely linked objectives: One, get Donald Trump. Two, at all costs, make sure that he cannot in any way move forward on his stated objective to improve ties with Russia. Those objectives are the two sides of the coin called Russiagate. All else, including the disparity of treatment given those close to Trump versus his opponents, is a function of Russiagate. Three other things also follow:

The Russia! Russia! Russia! hysteria is sometimes called a new McCarthyism, but that’s unfair – to Tailgunner Joe. In his day, whatever his excesses, there really were Stalinist agents at the State Department. This new panic is nothing we’ve seen before, except maybe during the Salem witch frenzy of the 1690s.

Which brings us to Maria Butina, a Russian grad student and Second Amendment advocate jailed (and refused bail) on thin allegations of unregistered lobbying. As Phil Giraldi observes: “If you are a Russian and you are caught talking to anyone in any way influential, there is potentially hell to pay because the FBI will be watching you. You are automatically assumed to be part of a conspiracy. Once ‘evidence’ is collected, you will be indicted and sent to prison, mostly to send a message to Moscow. It is the ultimate irony that how the old Soviet Union’s judiciary used to function is now becoming standing operating procedure in the United States.”  Butina has been portrayed as some kind of honey pot femme fatale, a cross between Anna Chapman and Natasha from “The Adventures of Rocky and Bullwinkle,” using her Slavic charms to bewitch the naïve ΜOΛΩΝ ΛΑΒΕ crowd at the National Rifle Association. Among Butina’s nefarious activities: networking at the National Prayer Breakfast. If they arrested everyone with foreign government connections schmoozing at the Prayer Breakfast, they’d have to shut the thing down.  Honestly, I doubt even the investigators believe Butina is guilty of anything, and if she were any other nationality but Russian she wouldn’t be facing years in jail. [ATTENTION: A legal defense fund for Butina has now been formed!]

Which brings us to the biggest threat to what’s left of our liberties as Americans. (No, not the yanking of the security clearance of former CIA Director John Brennan.) As is well known, we are facing an unprecedented, coordinated campaign of deplatforming, shadowbanning, filtering, and other foul means of putting dissenting voices into a digital GULag. While the glove belongs to tech giants and their executives, the hand inside is the government’s. Using Russian meddling as a pretext, companies that do billions of dollars of business with the federal government are only too happy to police the web of “suspected Russian-linked accounts.” And since, as Hillary says, Putin is the leader of the worldwide “authoritarian, white-supremacist, and xenophobic movement” who is “emboldening right-wing nationalists, separatists, racists, and even neo-Nazis,” anything and anybody that fails Virginia Senator Mark Warner’s or Mark Zuckerberg’s sniff test is now fair game. We are told that to sow discord and chaos Russian troll farms and social media ads target “divisive” issues related to race, Black Lives Matter, and Ferguson, absent which we’d all be holding hands singing Kumbaya. Connecting Putin and Russia with racism feeds into a cockamamie phantasmagoria of Crimethink concepts that increasingly are considered outside the protection of what was once quaintly known as free speech: hate speech, fake news, conspiracy theories, white nationalism, white supremacy, white privilege, patriarchy, “cisgenderism,” and many more. The idea of “I disapprove of what you say, but I will defend to the death your right to say it” is out the window.  Instead we have: anyone to the right of me gets what he deserves.

While we hear a lot about the “input” end – violation of free speech rights, a deadly, valid concern – even more worrisome is the “output”: limiting what Americans can see and hear that differs from the official media line, itself largely a bulletin board for government sources. Unsurprisingly, that line is unfailingly for war and intervention. As Patrick Armstrong puts it, maybe the censors could just buy some old Soviet jamming equipment.

It is hard to escape the notion that we are approaching the edge of some profound historical moment that will have far-reaching, literally life and death consequences, both domestically and internationally. In the period preceding World War I how many Europeans suspected that their lives would soon be forever changed – and, for millions of them, ended? Who in the years, say, 1910 to 1913, could have imagined that the decades of peace, progress, and civilization in which they had grown up, and which seemingly would continue indefinitely, instead would soon descend into a horror of industrial-scale slaughter, revolution, and brutal ideologies?

Whether opposition to the gathering darkness can be effective is uncertain. But what is not uncertain is our duty to oppose it, even at the risk of committing three felonies a day. “Fellow Thought criminals – unite!”

James George Jatras is an analyst and former U.S. diplomat and foreign policy adviser to the Senate GOP leadership.