Greece is Just the Beginning… Again: “This Kind of Carnage Can Happen All Over Europe” 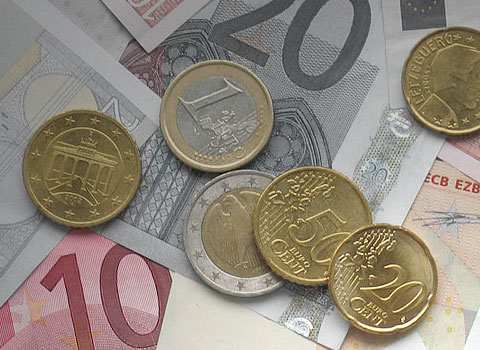 This article was originally published by Michael Snyder at his Economic Collapse Blog.

Editor’s Note: It was always just a matter of time, since the whole European fiasco was merely patched over after the last round. All the new powers given to the European banks (and all the king’s horses and men) couldn’t put it back together again, and couldn’t stop what was inevitable under the existing conditions – Greece has been a ticking time bomb and things closer to disaster than ever.

Everyone already knows how bad things stand to become if it plays out at its worst, so get ready. A Grexit may be in the near future, a Brexit is still very possible, and another round of global financial titanic could be in the works. Time will tell…

The Next Great European Financial Crisis Has Begun

The Greek financial system is in the process of totally imploding, and the rest of Europe will soon follow.  Neither the Greeks nor the Germans are willing to give in, and that means that there is very little chance that a debt deal is going to happen by the end of June.  So that means that we will likely see a major Greek debt default and potentially even a Greek exit from the eurozone.  At this point, credit default swaps on Greek debt have risen 456 percent in price since the beginning of this year, and the market has priced in a 75 percent chance that a Greek debt default will happen.  Over the past month, the yield on two year Greek bonds has skyrocketed from 20 percent to more than 30 percent, and the Greek stock market has fallen by a total of 13 percent during the last three trading days alone.  This is what a financial collapse looks like, and if Greece does leave the euro, we are going to see this kind of carnage happen all over Europe.

Officials over in Europe are now openly speaking of the need to prepare for a “state of emergency” now that negotiations have totally collapsed.  At one time, it would have been unthinkable for Greece to leave the euro, but now it appears  that this is precisely what will happen unless a miracle happens…

Greece is heading for a state of emergency and an exit from the euro following the collapse of talks to agree a bailout deal, senior EU officials warned last night.

Europe must be prepared to step in otherwise Greek society would face an unprecedented crisis with power blackouts, medicine shortages and no money to pay for police, they said.

In the past, the Greeks have always buckled under pressure.  But this new Greek government was elected with a mandate to end austerity, and so far they have shown a remarkable amount of resolve.  In order for a debt deal to happen, one side is going to have to blink, and at this point it does not look like it will be the Greeks…

The world’s financial markets are facing up to the possibility that Greece could soon become the first country to crash out of Europe’s single currency. Talks between Athens and its eurozone creditors have collapsed in acrimony just days before a final deadline for Greece to unlock the €7.2bn (£5.2bn) in bailout funds it needs to avoid a catastrophic debt default.

The Greek Prime Minister, Alexis Tsipras, accused the creditor powers of hidden “political motives” in their demands that Greece make further cuts to public pension payments in return for the financial aid. “We are shouldering the dignity of our people, as well as the hopes of the people of Europe,” Mr Tsipras said in a defiant statement. “We cannot ignore this responsibility. This is not a matter of ideological stubbornness. This is about democracy.”

As we approach the point of no return, both sides are preparing for the endgame.

In Greece, members of parliament have been studying what happened in Iceland a few years ago.  Many of them believe that a Greek debt default combined with a nationalization of Greek banks and a Greek exit from the euro could set the nation back on the path to prosperity fairly rapidly.  The following comes from the Telegraph…

The radical wing of Greece’s Syriza party is to table plans over coming days for an Icelandic-style default and a nationalisation of the Greek banking system, deeming it pointless to continue talks with Europe’s creditor powers.

Syriza sources say measures being drafted include capital controls and the establishment of a sovereign central bank able to stand behind a new financial system. While some form of dual currency might be possible in theory, such a structure would be incompatible with euro membership and would imply a rapid return to the drachma.

The confidential plans were circulating over the weekend and have the backing of 30 MPs from the Aristeri Platforma or ‘Left Platform’, as well as other hard-line groupings in Syriza’s spectrum. It is understood that the nationalist ANEL party in the ruling coalition is also willing to force a rupture with creditors, if need be.

Meanwhile, in a desperate attempt to get the Greeks to give in at the last moment, Greek’s creditors are preparing to pull out all the stops in order to put as much financial pressure on Greece as possible…

Germany’s Suddeutsche Zeitung reported that the creditors are drawing an ultimatum to the Greeks, threatening to cut off Greek access to the European payments system and forcing capital controls on the country as soon as this weekend. The plan would lead to the temporary closure of the banks, followed by a rationing of cash withdrawals.

For a long time, most in the financial world assumed that a debt deal would eventually happen.  But now reality is setting in.  As I mentioned at the top of this article, the cost to insure Greek debt has risen by an astounding 456 percent since the beginning of this year…

Given these dramatic stakes, the risk of a Greek default has gone way up. One way to measure that risk is by looking at the skyrocketing price of insurance policies that would pay out if Greek bonds go bust. The cost to insure Greek debt for one year against the risk of default has skyrocketed 456% since the start of the 2015, according to FactSet data.

These insurance-like contracts, known as credit default swaps, imply there is a 75% to 80% probability of Greece defaulting on its debt, according to Jigar Patel, a credit strategist at Barclays.

The probability of a Greek default soars to a whopping 95% for five-year CDS, Patel said.

“Default is looking more and more likely,” Peter Boockvar, chief market analyst at The Lindsey Group, wrote in a note to clients on Tuesday.

And in recent days, we have also seen Greek stocks and Greek bonds totally crash.  The following comes from CNN…

The Greek stock market has plummeted 13% over the past three trading days, including a 3% drop on Tuesday alone.

In the bond market, the yield on Greek two-year debt has skyrocketed to 30.2%. A month ago, the yield was only 20%. Yields rise as bond prices fall.

Of course if there is a Greek debt default and Greece does leave the euro, it won’t just be Greece that pays the price.

And there are signs that some of Europe’s biggest banks are already on the verge of collapse.  For example, just consider what has been going on at the biggest bank in Germany.  Both of the co-CEOs at Deutsche Bank recently resigned, and it is increasingly looking as if it could soon become Europe’s version of Lehman Brothers.  The following summary of the recent troubles at Deutsche Bank comes from an article that was posted on NotQuant…

Here’s a re-cap of what’s happened at Deutsche Bank over the past 15 months:

And that’s where we are now.  How bad is it?  We don’t know because we won’t be permitted to know.  But these are not the moves of a healthy company.

But now it looks like we have reached the end of the road, and a day of reckoning is finally here.

Nobody is quite sure what is going to happen next, but almost everyone agrees that it isn’t going to be pretty.

So you better buckle up, because it looks like we are all in for a wild ride as we enter the second half of this year.