GOLD HAS PEAKED: BRACE FOR IT!

No one wants TO HEAR THIS right now with these historic gains we’ve been experiencing and booking, but let’s FACE FACTS: gold and silver are ready for a breather. If Warren Buffett’s crew has BEGUN TO THINK mining is a good business, you know that the last of the buyers has COME TO THE TABLE.

I want to show you a chart of the amount of shorting that’s happening with the dollar so you can see what I mean. When kids are enjoying vanilla ice cream, no parent wants to take that cone away and tell the child that too much ice cream can cause tooth pains and weight problems, but I have to be the RESPONSIBLE ADULT.

When mainstream media outlets are interviewing gold fund managers and predicting MUCH HIGHER prices and these video clips go viral and get WIDESPREAD ACCEPTANCE, we need to watch out and be suspicious of euphoria. 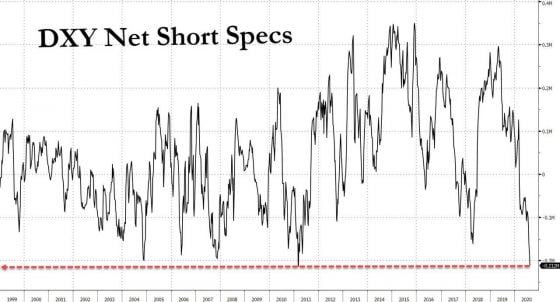 Shorting the dollar is as popular as it was in the 2011 MANIA PHASE for silver, as you can see. So, is this the TOP FOR GOLD?

The answer is NO.

Having said that, the trend looks MUCH MORE like 2004’s breakout in gold and silver than it does 2011’s.

If our assessment is correct, the next move for the metals will be THE MOST DRAMATIC yet, which means that silver can even DOUBLE and get to $50/ounce – and even rise above that. 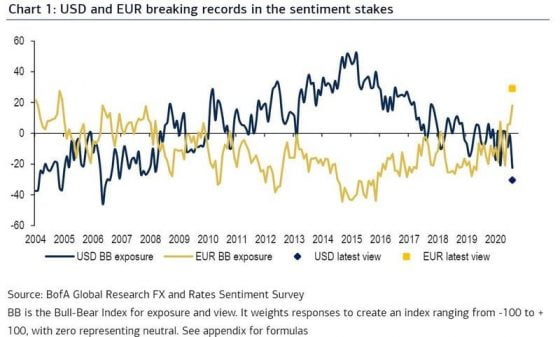 As you can see, for the first time since 2008, the world favors the euro over the dollar.

This isn’t a trend that reverses and turns on a dime, but rather tends to be long and strong.

It’s clear that what the FED was “selling” the world in the past decade – the false promise that it would raise rates, it would normalize them, and it wouldn’t go down the path of the European Union and the Japanese – has BLOWN UP in their faces.

Investors no longer believe that the Federal Reserve will normalize. It’s not that they’ve LOST FAITH in what the bank says because the situation is pretty much the same as it’s been for years: investors still “BUY” what the FED says it will do, even though they’ve been proven to be incapable of delivering.

Right now, the FED is saying that it won’t be raising rates for years, it has no intention of normalizing, and it’s looking to let inflation overshoot. This kind of talk is driving the RUSH TO THE EXITS on the dollar.