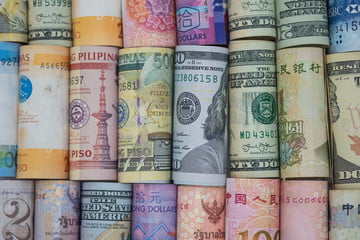 The global debt crisis has reached epic and historical proportions.  It’s now $188 trillion, which is more than double the entire economic output of the entire planet.

The global debt load has surged to a new record of around 230% of the world’s output, IMF chief Kristalina Georgieva said according to a report by the Daily Mail.  The entire globe’s economic stability is hanging by a thread, and this news makes that thread appear just a little thinner.

Global debt is up from the previous record of $164 trillion in 2016, according to IMF figures. While interest rates remain low, borrowers can use debt to make investments in productive activities or weather a bout of low commodity prices. But it can become “a drag on growth”, Georgieva said. “The bottom line is that high debt burdens have left many governments, companies, and households vulnerable to a sudden tightening of financial conditions,” she cautioned.

Corporate debt accounts for about two-thirds of the total but government borrowing has risen to unsustainable levels as well in the wake of the global financial crisis. “Public debt in advanced economies is at levels not seen since the Second World War,” she warned. And “emerging market public debt is at levels last seen during the 1980s debt crisis.”

This could cause the entire system to collapse under its own weight.

An irresponsible monetary system addicted to printing money and issuing credit is destroying the standard of living almost everywhere on the planet. It’s time to admit that we, as human beings, need a new alternative to the control, wealth redistribution, theft, and slavery that’s overtaken humanity. And one website dares to say that while it’s far from perfect, bitcoin offers a viable solution with its fixed supply.

According to CCN, Bitcoin, the decentralized cryptocurrency, is a way out of the poorly designed monetary system forced down all of our throats by power-hungry sociopaths. When economic growth is insufficient, governments and companies borrow more money.  But this is nothing more than a cycle of addiction, writes  John Mauldin in Forbes:

“This is classic addiction behavior. You have to keep raising the dose to get the same high… Central banks enable debt because they think it will generate economic growth. Sometimes it does. The problem is they create debt with little regard for how it will be used.” – SHTFPlan