Get Ready For An Epic Fiat Currency Avalanche 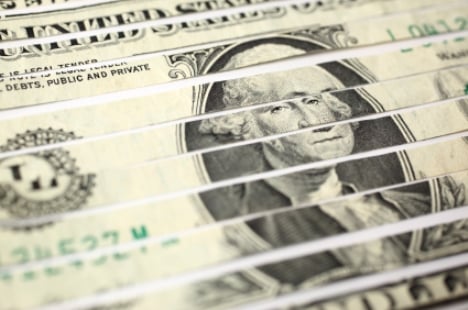 What is it that makes Keynesians so insanely self destructive?  Is it their mindless blind faith in the power of government?  Their unfortunate ignorance of the mechanics of monetary stimulus?  Their pompous self-righteousness derived from years of intellectual idiocy?  Actually, I suspect all of these factors play a role.  Needless to say, many of them truly believe that the strategy of fiat injection is viable, even though years of application have proven absolutely fruitless.  Anyone with any sense would begin to question what kind of madness it takes to pursue or champion the mindset of the private Federal Reserve bank…

Quantitative easing has shown itself to be impotent in the improvement of America’s economic situation.  Despite four years of free reign in central banking, employment remains dismal in the U.S., the housing market continues its freefall, and, our national debt swirls like a vortex at the heart of the Bermuda Triangle.  Despite this abject failure of Keynesian theory, the Federal Reserve is attempting once again to convince you, the happy-go-lucky American citizen, that somehow, this time around, everything will be “different”.

Sadly, as I discussed in August of this year, not only has the Fed announced a new and UNLIMITED round of stimulus measures, but the European Central Bank has also devised its own bond buying free for all:

I predicted simultaneous QE programs by the two central banks because it made perfect sense, at least, for those with diabolical intentions.  With engineered currency devaluation in full swing in the EU and the U.S., the implosion of both currencies, especially the dollar, will be masked.  That is to say, the dollar index is measured in large part by comparison to the relative strength of the Euro.  If the Euro falls through overt printing, the dollar will appear stronger than it really is, duping the general public and giving bankers more time to inflate.

Germany’s top constitutional court, only a day before QE3, announced its decision to support a Euro-area rescue fund, which the German people and a large part of its government are vehemently opposed to.  This action was preceded by “warnings” from various banking insiders, including Nosferatu himself (George Soros), that the EU would be sent into perdition and total economic chaos if the nation did not bow down to the ECB and hand over its GDP engine for the “good of the union” and the world:

Sound familiar?  This is exactly what Americans were told in the face of their 80% disapproval rating against the bailout bonanza.  The response from the elites, whether in Germany or the U.S. is essentially that the people “don’t know what’s best, and should sit down while the so called “experts” take it from here.”  Again, mainstream talking heads will suggest that new stimulus is not a problem, and that the unlimited quantitative easing of central banks around the globe should become standard.  In fact, they have already begun the propaganda campaign.  Apparently, QE3 will save us all, rich and poor:

These are the typical musing of centralized banking proponents.  But where is the historical precedence for their theories?  Where are the benefits from the last two QE’s?  All we have received so far for the future debt enslavement of ourselves and our children is:

Perpetually High Unemployment Rates: There has been NO advancement in employment due to quantitative easing.  Official jobless percentages have fallen, but even the mainstream media now admits this is due to unemployed Americans being removed from benefits rolls because they have been without work for too long:

True unemployment including U-6 measurements continues to hover around 20%.  So much for the job creation that both the Bush and Obama administrations promised in the wake of the bailouts.

A Housing Market Black Hole: Does anything else really need to be said about the housing market?  Is it not blatantly clear to almost every homeowner in this country that QE has changed nothing in terms of protecting their home values or their ability to sell?  Has attaining a loan become any easier since 2008?  Alternative analysts including myself ALL pointed out four years ago that property markets would continue to crash despite any efforts (real or fraudulent) on the part of the Fed.  We were right.  The mainstream media shills were wrong.  Moving on…

Disintegrating Global Demand: Manufacturing in almost every economically prominent country has gone bust, from Europe, to the U.S., to China.  The Baltic Dry Index, a pure indicator of supply and demand using shipping rates for raw goods as a medium, hit incredible lows in 2008.  However, since the QE marathon, the BDI has gone even lower!  In January of 2012, it broke historic lows, and continues to skate along the bottom today, indicating that an even greater collapse in demand and the markets is near at hand.  Demand drives economics.  Period.  No demand, no economy.  Tangible demand cannot be fabricated.  QE has done nothing to drive savings into the pockets of consumers, and therefore, it has done nothing to entice them to spend.  The public is broke, we continue to be broke, and we will be even more broke tomorrow.

Unsustainable National Debt: Our “official” national debt in 2008 was around $10 trillion.  Four years later, we have broken $16 trillion.  This obviously does not include outstanding debts on long term entitlement programs, and new programs like Obamacare, which would by some estimates bring our national debt to around $120 trillion:

Whether you believe the Treasury’s statistics or not, the bottom line is that at the very least our national debt has increased by 60% in only four years time!  Now, the private Federal Reserve wants to introduce unlimited stimulus, on top of Operation Twist, and the incredible money burning habits of our current government?  Are Keynesians really foolish enough to think that the generation of such massive liabilities will somehow undo the crippling effects of already debilitating debt?  Answer:  Yes.

Inflation In Necessities: Food and energy prices remain painfully high, and are now in the process of inflating beyond the average person’s ability to pay.  Oil in particular has remained almost static above $100 a barrel (Brent).  This has been blamed on numerous scapegoats, from Middle East turmoil to “speculation”.  Yet, long term high prices show that neither of these explanations is fully sufficient.  In reality, only currency devaluation allows for such a steady and consistent inflationary reaction in commodities.  Unfortunately, we haven’t seen the worst yet.  QE3 will send prices skyrocketing, and with the open-ended nature of the stimulus, there is no ceiling.  We could very well witness Wiemar style hyperinflation in the near term.

As I have said in the past, I believe QE3 will be the final straw for many foreign holders of U.S. debt and dollars.  The world reserve status was already under severe threat after QE1 and QE2.  The MSM has virtually ignored China’s bilateral trade agreements building since 2010.  In the past two to three years, China has made deals with Russia, India, Japan, South Korea, Iran, and the ASEAN trading bloc (most South-Asian nations), that remove the dollar as the world reserve currency.  And, this year, China has arranged a similar bilateral deal with Germany:

These countries combined offer at least 30% of global GDP, and could easily annihilate the dollar if they decide to dump the greenback completely as the world reserve.  With the advent of QE3, this is now a certainty.

Open ended inflation is exactly what destroyed Wiemar Germany, and more recently Zimbabwe.  The central banks and their lackeys will claim there is no comparison.  I beg to differ.  When a nation expands debt spending instead of cutting it, and then monetizes that debt through fiat printing in order to allow even more debt to accumulate, that nation is not going to survive.  That nation will eventually hyperinflate, then default, then collapse, either turning into something entirely alien, or fading from history altogether.  This is what we have to look forward to in light of QE3, the final and infinite stimulus adventure.  Something has to give, and it has to give soon.  My bet is on the dollar…