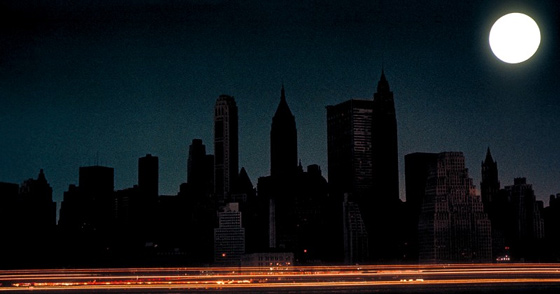 This article was originally published by Weimin Chen at The Mises Institute.

Achieving such a feat would have been a milestone in energy cooperation between the two countries. Sadly, the regional order has tilted hard and quick off that track, and Europe has plunged into a perilous future of uncertainty.

In the first weeks of the Russian-initiated war in Ukraine, Germany, along with the rest of Europe, found itself backed into a corner regarding its energy sourcing as Western sanctions cut off routes and links in the established regional energy and financial infrastructures. There has been no perceptible success in breaking out of this bind. Instead, Germany has watched time tick by. Russia’s Gazprom recently cut gas flow for Nord Stream 1 to 20 percent of capacity.

German nuclear power plants remain mostly idle, with three facilities providing 13 percent of the country’s electricity compared to France’s 69 percent. Coal power plants have now ramped up output, with the inevitable approach of the fall and winter seasons in the near term.

Germany, and indeed the rest of the world, has operated on the expectation that the general uptrend of development and growth experienced in Western countries would continue alongside the increasing global ties that have created a landscape of abundance and increased the overall standard of living. But now the largest economy in Europe finds itself facing a serious precipice as the danger of significant hardship in the near term looms.

Public opinion reflected in a poll from mid-July shows that nearly one in two Germans are concerned that Germany is hurting itself more than it is impacting Russia’s political aims through tough sanctions. The layman’s gut feeling about this may well capture the reality that Germany’s sanctions on natural gas and energy in particular, as well as Western sanctions in general, have disproportionately self-harming effects. In a competitive enterprise as serious as war and national security, this would be nothing short of paramount negligence and self-sabotage.

Rising energy costs would inevitably hit the poorer and lower-income segment of the population and would certainly spell a difficult winter, indeed. The government has already started to encourage people to cut back and save energy in anticipation of energy shortages. In the face of the stark realities, some Germans are even turning to stockpiling wood, regressing from a modern energy infrastructure to seriously planning on engaging in the preindustrial practice of burning wood for warmth this winter. This is no trivial blow to the standard of living in one of the most developed countries in the world.

Leaders of the major industries that power the German economy have warned of serious problems for output in the absence of the established but now vulnerable energy infrastructure. The head of technology and engineering company Bosch has said that production could be halted at their factories.

Meanwhile, the CEO of Siemens explained that the steady flow of natural gas is existential to some industries such as glassmaking. The head of BASF has made similar comments regarding its manufacture of critical chemical products involved in the already squeezed areas of agriculture, pharmaceuticals, and biotechnologies around the world. This would in turn jeopardize the employment of all those who work in these industries, in a far-reaching ripple effect.

Starting in October, Germany is set to implement a levy on all gas consumers to offset the difficulties energy providers in the country are facing as they pivot to alternative sources. According to German economy minister Robert Habeck, the levy would amount to between 1.5 and 5 euro cents per kilowatt hour, or about an additional €1,000 per year for a four-person household.

In the German government, criticism and doubt of the ruling coalition’s hardline stance against Russia is mounting. Chancellor Olaf Scholz adheres to the Western consensus of being unequivocally tough on Russia, while his former political opponents Annalena Baerbock and Christian Lindner, now foreign minister and finance minister, respectively, carry out Germany’s political, military, and financial backing of Ukraine in this conflict.

The realities of the harm that these anti-Russia policies have caused Germany have provided an opening to political opponents to take the contrary position, advocating an easing of Russia policy to ease the pressure that threatens to throttle the energy security of Germany and the rest of Europe. A pivot in Germany’s Russia policy would also represent a pivot away from Washington’s policy.

It can be seen as an opportunity for Germany to assert its decision-making and leadership position at the political level in Europe, not to mention as a stakeholder in its own sovereignty. Perhaps in this way, Germany can choose to spare Europe the economic pain brought about by this largely US-driven hawkish stance toward the East.

Even if Germany can find viable energy alternatives, reverse the closure of its nuclear power plants, or come to an agreement on gas delivery with Russia, the long-term East-West relationship has been damaged. The implications of this new geopolitical and regional order are severe, to say the least. A German crisis would be a crisis for all of Europe, one that would rock the entire European Union and the many economies that surround it.