Fun: It’s NOT the F-Word for Preppers 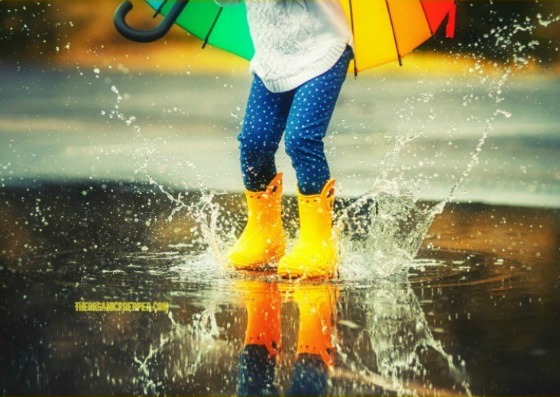 Lately, it seems like pretty hard to find good news.

Folks are judging each other based on who they vote for during the presidential race that occurred two years ago. Battle lines have been drawn and any day now, I expect a bloodbath to erupt between extremists on both sides. People are shooting at other people because of the color of their skin, the uniform they wear, or who they love. Heck, sometimes they don’t even need a reason, which is why good people need to be able to defend themselves. The things some teens do to amuse themselves is enough to make you sick.

On social media, the arguments have become vicious. People are becoming even more stressed and anxious after logging into Facebook hoping to see cute puppy pictures. Instead, they’re watching their friends rip each other apart over differences of opinions. And these opinions? They’re only based on what little we get to see in the news. Oh – and to ice the chaos cupcake, that “information” is massaged to get the most emotional bang for its buck or to manipulate us into hating, loving, or begging for gun control.

And, of course, our economy is also teetering on the brink of disaster, our water supplies are tainted, and our food is doused with cancer-causing chemicals.

The outlook is not very good in America right now. We’re heading to hell on a greasy slide.

We shouldn’t be having fun. We should be relentlessly preparing, shooting at targets, and getting the bunker ready, right? There should be no humor, no laughter, and no pleasure if we mean business. Right?

Fun is not the F-Word

Now, more than ever, you need to find some light in your day. “Fun” is not anti-prepper. It can be a remedy to the insanity of the world, lest that insanity infect you.

Every once in a while, someone (who doesn’t tend to last long around here) chimes into the comments section about the humor I try to inject into some of my posts. They tell me that this is all serious business, that the world is ending, and that they don’t find me one bit clever. Sure, they like the information, but my sense of humor, to them, is entirely out of place. They want me to remove anything that would cause a smile from my website, anything that is frivolous, and anything that shows there is life outside of prepping.

“Gadzooks,” they say. (Not really, because I think I’m probably the only person alive who still uses the word gadzooks.) “You admitted to watching a television show!!! Don’t you realize that a really bad law passed, they’re coming for your guns, and you’re being poisoned by *insert company or government agency here*!!!!! GET SERIOUS!”

Absolutely not. I can provide serious information without becoming a dry, humorless, unhappy person.

Because no matter what is happening, I want my kids to have a sense of joy. Survival is just as much about the strength of your state of mind as it is about your physical being.

Despite the horrible news in the world, I take some time each day to do something fun with my family. Sometimes we watch a free movie on Amazon Prime. Sometimes we play board games. (I smoke my kids at Scrabble – booyah!) Sometimes we read aloud. We hike, we go to museums, we go out to dinner, and we go on all-day-long road trips. We watch the antics of our fluffy baby chicks and we stick our feet in the creek. We go swimming, we enjoy meeting up with friends, and sometimes we just find animals in the clouds floating by overhead while we lay in the grass. We go on vacations and see cool places because I refuse to live in fear and limit my life.

Does this mean that I need to give up my “prepper card”? Does it mean that my commitment to preparedness is any less diligent than those who grimly ignore all things related to popular culture?

I believe that there are different routes to the same destination.

Prepping can be an exercise of optimism

The route I choose is the road of optimism. Smiling, laughing, playing, using my imagination – all of those things keep me happy and focused. We all have to make our own choices about how we live our lives, and I don’t want to look back and wish that I had spent more time living and less time just plodding along, waiting for a disaster. Every person needs time to “switch off” and there are many different ways to do that.

To be entertained and to take a break in a long day of hard work can mean the difference between proceeding to the next day with optimism and enthusiasm, and dragging yourself out of bed to trudge forth through another day filled with duty, hard work, and focus, until you go to sleep, then get up to do it all again. While this may work for some people, it doesn’t work for many others.

My goals for survival are not limited to just continuing to breathe air, scavenge for food, and figure out the enemy’s next move. I want to have the perspective to still find joy in that first crocus poking its head through the snow or to wonder how the sunsets over the mountains can be progressively more vibrant every single day. I want to watch the baby lambs hop around on their spindly wobbly legs and coo at the sweetness of it. I want to laugh whenever I watch chickens run because that is the funniest thing you can ever see on a farm – it cracks me up every single time, the way they pull their legs up and put their necks into it.

To be able to have that perspective, I need to take a break from the seriousness I involve myself in all day, every day. To approach problems anew, sometimes I need to let them go and throw myself into something else for a while. I, like many people, cannot thrive in a constant state of high alert.

I want to sit down at night with my family and just relax. I don’t want to spend every moment thinking about the possibility of China invading or North Korea launching an EMP strike over Kansas. I don’t want to be constantly thinking about what I’ll do if my home gets SWAT-teamed over the organic compost pile and tomatoes that look, to a nosy neighbor, like marijuana. I don’t spend all of my spare moments planning a nuke-proof bunker or drawing up designs for an ark to launch into the sea if a pole shift occurs.

Of course, this being said, it’s hard to shut off that mentality. We’re not passively laying there in a Beta state, dazedly absorbing commercials. We’re generally doing other things while watching the show, like sewing, doodling, or doing a craft. We pick movies apart and analyze them. We’ve found this to be an interesting and entertaining way to use our critical thinking skills, and I’m always impressed at what a good tool this can be when my kids come up with an angle that had never even occurred to me.

I remember this time when I wrote an article about some survival “what not to do” tips that I compiled during a season of The Walking Dead. Not only were there some comments that seemed a little over-the-top-critical on the article itself, but I also received some angry emails from readers who were unhappy with my topic. They seemed to feel that my “admission” that I watch a popular show somehow discredited all of the other information provided on this website. They were offended by this one article that compared some pop culture to survival situations, despite the fact that they were not compelled to comment on the more than 2000 other articles on the website that have no mention of television programs. Somehow, my mention of watching a specific show (one that is fairly popular with some of the preparedness set) seemed to summon up images that I sit here typing out articles while watching the Oprah channel and eating Cheetos.

Well, here’s my response. I’m not always 100% serious. I do other things besides working in the garden, writing articles, and canning food. Sometimes I do stuff for absolutely no other reason more compelling than “because it’s fun.”

I, Daisy Luther, do solemnly confess the following:

Does any of this mean that we aren’t serious about preparedness? No. Are we frivolous little flowers who don’t deserve to survive? No. Do I waste money on entertainment every day? Of course not.

It means that we value having a little bit of balance in our lives. I strongly believe that if your hobby doesn’t negatively impact your budget or use up hours that should be spent preparing, that some downtime is beneficial. It can help you to maintain your motivation through the long haul and in no way does it take away from what you’ve accomplished during your working hours. I don’t personally enjoy NASCAR, spectator sports, or video games (Zzzzz…) but I don’t judge people who do. It’s simply a matter of having your priorities in order.

Too much stress can mentally destroy a person. We all need to take a moment to get off of Facebook and the forums, to stop watching videos of horrifying events, to stop thinking about everything going wrong in the world, and give our minds a break. When we do, we come back stronger and more determined.

Life is about experiences, not about grimly preparing for the bitter end. It’s about joy and laughter and friendship and family. Do you want to be the person who sulks and hides in the house when it rains or the person who goes out and jumps in the puddles?

Go out this weekend and have some fun. Forget, for a time, the current events that cause us all stress and outrage.

What are your guilty secret pleasures?

What about you? Do you have any guilty secrets? Any confessions about how you spend your spare time? Do you feel that these moments out of your day help or hinder your commitment to preparedness? And for those of you who take the opposite view, please share your reasons too.