French President Emmanuel Macron says he will push a new law aimed at cracking down on alternative media and news that isn’t liberal. He invoked the term “fake news” saying he hopes to have the law in place by the end of the year.

Oh, the irony of guys like Macron thinking censorship is “freedom.” Speaking at a news conference at the Elysee Palace in Paris on Wednesday, Macron said such a law was essential, especially during elections. Sure.  We can’t be having people pointing out that Macron is communist. That’s not good for reelection chances. He even says it’s to protect “liberal democracies” as if this is some sort of page out of a novel about a dystopian society.

“The freedom of the press is not a special freedom, it is the highest expression of freedom,” Macron said. “If we want to protect liberal democracies, we have to be strong and have clear rules.” He added that “A law will follow in due course.” No law has ever given anyone freedom, rather by their very nature, take it away and list a punishment, so the illogical rant flowing from his mouth is more than enough for most rational humans to roll their eyes at. 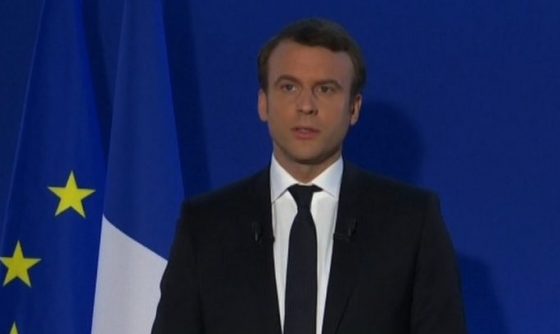 The idea of an individual freedom is incompatible with a communist ideology.  The only reason to hold individual speech and information rights would be to better the society, a condition which would likely be met only in certain instances rather than across time, making the default a lack of freedom. –Stanford.edu

Macron said the law should require websites to disclose their source of funding and have a cap on the amount of money they receive from sponsored content. During an election, the government would be authorized to block a website, he said. He insisted that “press freedom” could be preserved under such a law. Of course! Suppressing free speech is always a good start to press freedom.

The Washington Post notes that “On the eve of the vote, Macron’s campaign suffered a massive cyber attack that it compared to the hacking of Hillary Clinton’s presidential campaign last year. U.S. intelligence agencies have blamed that operation on the Russian government.” But magically, Macron was still elected. Meaning those who voted for him didn’t care about the information released or didn’t read it anyway.

If you’re looking for logical consistency from a socialist or communist though, it’s going to take some mental gymnastics. But is anyone really surprised that a communist wants to limit free speech and press freedom? They can’t have people running around saying bad things about the government, now can they? How dare people want to free!