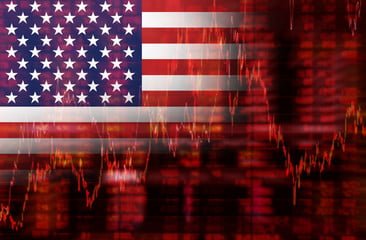 There’s America, the country, and then there’s America, the economic miracle. The West, but particularly the United States, has three major issues that are such HUGE OVERHANGING storm clouds that it doesn’t make sense to continue IGNORING THEM. Again, America’s stock market, heavily influenced by its multinational presence and its domestic economy, ARE DECOUPLED.

What we have today is a very small number of people who, put together, own the lion’s share of the country’s corporations and land. Therefore, they are living in A DIFFERENT WORLD from the majority of the population.

Wealth and income inequality create a lingering problem since America’s 500 LARGEST companies are multinational and leveraged to the rest of the world, but small, domestic businesses are not and are MUCH MORE susceptible to slowdowns and recessions.

Case in point is the RAGING STOCK MARKET, which is SO VALUABLE today in part because the companies that are components of the S&P 500 are gaining market share from small businesses (at their expense). They can WITHSTAND COVID-19 better.

This is a classic case of a crisis that ENDS UP favoring the big over the small since the problem is not about BORROWING MONEY to “buy time” while business is slow — because that’s readily available — but of sustaining the SPENDING SHORTAGE that’s going on right now. 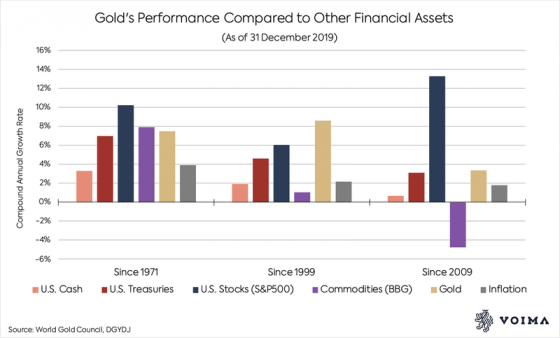 This HIGHLY-VALUABLE chart shows that the problem of income inequality cannot be solved by PRINTING MONEY and it never will, but there are other CRITICAL TAKEAWAYS from this chart as well. One is that commodities are TREMENDOUSLY UNDERVALUED right now since they’ve been losing money for over a decade, and another is that gold does not behave like a commodity at all.

Truly, the most ASTOUNDING REVELATION from this chart is that the United States is able to print enormous sums of currency without inviting serious levels of inflation because it exports a lot of those dollars abroad, but COVID-19 is changing this.

The government’s ACTIVE FISCAL POLICY means that many more dollars are going to circulate domestically amongst the average person in what’s often referred to as the “real economy,” and that’s a BIG CHANGE.

For now, they’re not spending much since job security is NON-EXISTENT, but the average person will as they get their stride back, and we predict 2.5%-2.7% official inflation in a world where interest rates aren’t going higher without INVOKING HUGE declines in stock market values. 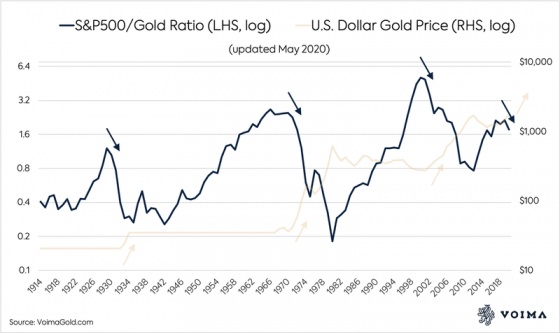 It is important to remember America’s SECOND-LARGEST economic problem, trailing only behind income inequality, and that is its DEMOGRAPHICS.

The governments of the world simply had NO WAY OF KNOWING that in the span of just 86 years, since 1934, the average lifespan would increase from 59 years of age, which would sustain a Social Security system based on 65 as the age of eligibility, to an average lifespan of 78 in 2020, which is a BLACK HOLE of deficits.

The government in 1934 was OBVIOUSLY attempting to show the people it was doing something for them without really being on the hook for it, so they created the retirement age ABOVE the life expectancy of Americans, but this has turned around and it’s a CRUSHING WEIGHT of obligations.

It will begin to reform itself as young Americans begin to vote for people who promise to CORRECT THIS.

The way to combat this one is by owning precious metals, primarily gold. Most individuals don’t, but the OPTIMAL PORTFOLIO is 20% gold! 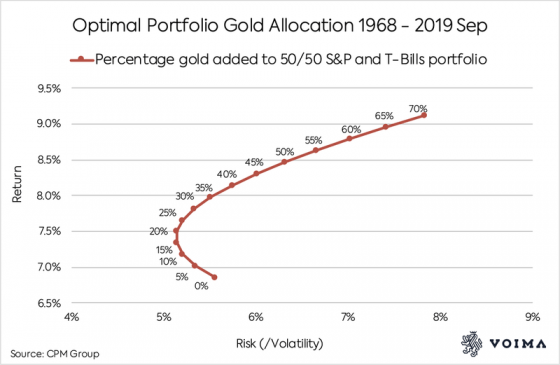