Forecasters: Prepare For A Brutal Atlantic Hurricane Season, Even Though The Forecast Is “Near Normal” 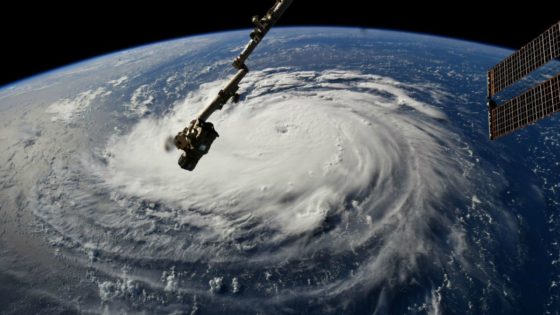 With hurricane season right around the corner, forecasters are urging the public to prepare themselves for it. Even though NOAA is predicting a “near normal” hurricane season, it is still a wise idea to brace for a bad one.

If a person prepares for the worst, they’ll be set when a “normal” hurricane season strikes. However, if there isn’t any prepping and that same normal season persists, people could find themselves in a catastrophic situation.

The National Oceanic and Atmospheric Administration (NOAA) says that a “near normal” hurricane season will occur this year, according to WHNT.  A normal season coincides with NOAA predicting 9 to 15 named storms (winds of 39 mph or higher), of which  to 4 to 8 could become hurricanes (winds of 74 mph or higher), including 2 to 4 major hurricanes (Category 3, 4 or 5; winds of 111 mph or higher).

The image above shows NOAA’s hurricane season prediction. There is a 40% chance of occurrence a near-normal season, which is the most likely, but NOAA also notes a 30% of an above-normal season and a 30% chance of a below-normal season. While there are numerous factors that contribute to NOAA’s outlook, there are two factors in particular that influenced the outlook this year: sea surface temperatures and an El Niño pattern.

Warmer than average sea surface temperatures over the Atlantic favor storm development. The warm waters offer more fuel for developing storms, which would push for an above average season.

Regardless of the “near normal” forecast, most suggest those who live in hurricane danger zones begin preparations for a severe season – always. Daniel Kaniewski, Ph.D., the FEMA deputy administrator for resilience emphasized the importance of readiness for any hurricane season. “Preparing ahead of a disaster is the responsibility of all levels of government, the private sector, and the public. It only takes one event to devastate a community so now is the time to prepare,” said Kaniewski. “Do you have cash on hand? Do you have adequate insurance, including flood insurance? Does your family have communication and evacuation plans?”