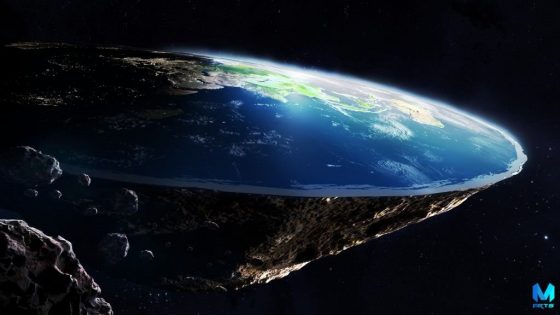 You may remember Hughes.  His little stunt to “prove Earth is flat” was put on hold when the government found out about it and decided to shut down his project.  But now, Hughes has set a new date to launch himself into orbit in a homemade rocket after his previous attempt was thwarted by a US federal agency.

Hughes, a limousine driver and self-described daredevil revealed on his Facebook page that he will carry out the vertical rocket launch on February 3 from the originally intended location of Amboy, California. Perhaps one of the biggest problems with this launch, it Hughes is only going 1800 feet up.  Planes can go higher than that.

Hughes previous comments seem to allude to the fact that he knows the risks, and are willing to take them. “I know about aerodynamics and fluid dynamics and how things move through the air, about the certain size of rocket nozzles, and thrust,” he added. “But that’s not science, that’s just a formula. There’s no difference between science and science fiction. If you’re not scared to death, you’re an idiot,” Hughes, who once reassured Ars Technica that he has a high I.Q., said. “It’s scary as hell, but none of us are getting out of this world alive.”

Hughes says this newly scheduled vertical launch, which will see him lifted half a mile into the air on February 3, will now take place on private land owned by the owner of Amboy, Albert Okura. “It is absolutely the most wacky promotional proposal I have had since I purchased the entire town in 2005,” Okura said previously if Hughes. “He is a true daredevil and I want to be part of it.”

A promo video has been released ahead of the launch, which will be broadcast live on Noize TV at a cost of $5 according to Hughes. A full-length documentary is also in the works to help boost media exposure about Hughes’ $1.8 million project to catapult him to the Karman line, which is widely accepted as the start of space. The Karman line is 62 miles up from the Earth, however, so Hughes has a long way to go considering this launch will get him less than a half a mile into the air.

For Hughes, the ultimate goal of this rocket launch is the “one true way to prove a flat Earth” really exists. “The event right now is a vertical rocket launch which no person has done outside the government space agency,” Hughes said in the video, adding that if he pulls it off it, will be a world record.