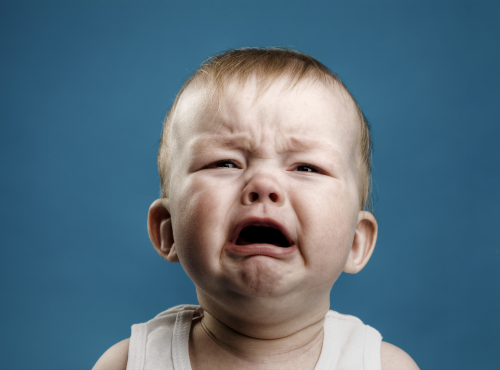 As the warped social justice ideology has proliferating on college campuses, “bias response teams” have also multiplied. Though they were unheard of several years ago, they now exist on over two hundred college campuses. They consist of students and administrators who basically act as “speech police.” They narc on students (and encourage students to narc on each other) who are guilty of speech that isn’t sensitive or politically correct.

Recently, UCLA has decided to form a bias response team consisting of 8-10 students, who the school will actually be paying to bully classmates who are guilty of thought crimes. James Allsup, a college student and reporter for TruthRevolt.com, breaks down the insanity and idiocy of this decision.

When it comes to colleges spending money on dumb stuff, UCLA is setting the bar pretty high. Last week it was reported that UCLA would begin employing a fleet of students to serve as on campus social justice warriors. While actually their job title is “social justice advocates” they’ll certainly need the strength of warriors to take on all this job is asking of them. The job of these social justice advocates will be to educate fellow students about “systems of oppression.”

Nothing says “I’m oppressed” like attending a school that costs anywhere from 28,000 and 51,000 dollars a year to attend, and getting on average 9,000 dollars a year from the school to do so. What exactly will these social justice advocates be fighting against? Which heads of the privileged hydra will these warriors be attempting to cut down?

As reported by Campus Reform, the social justice advocates program seeks students who want to help their classmates “navigate a world that operates on whiteness, patriarchy, and heteronormativity as the primary ideologies.” These forces; whiteness, the patriarchy and heteronormativity, are being described as “systems of oppression.” Then, after identifying white people, straight people, and men as the enemy, they say that their goal is to make UCLA a “more equitable space for everyone.” Unless of course you’re a white straight man, in which case you are literally a Nazi.

Those standards it turns out, are quite ironic according to Allsup. That’s because only 26% of students at UCLA are white, 56% are women, and being a school based in California, UCLA is already very friendly to students who aren’t “heteronormative.”

In other words, while UCLA is working to pass on this myth that minorities are oppressed by white, straight males, their wealthy and prestigious school is actually chock full of students aren’t white, straight, or male. So who exactly is being oppressed at this school?

And these policies shine a light on the real problem with political correctness on college campuses. It would be easy to place all of the blame on the students for the culture of Marxism and political correctness that has risen on college campuses. But according to Allsup, it’s the administrators on these campuses who have largely enabled the far-left to take over our schools.

But to be honest, I can’t completely blame these students. College kids, especially those at left-leaning institutions like Evergreen, are always going to be acting up and making demands. It’s the job of the university administrators to be the adults in this situation. So while I do place some blame on the students, and yes on their parents, I also blame the universities. I blame the bias reporting systems, and the type of administrator who would sign off on paid social justice activists.

They’re the ones who hold the real power on these campuses, and by cracking down on free speech, creating a legitimately hostile environment towards white students, male students, or students with any right-wing political beliefs, they’re using their power to embolden, encourage, and help radicalize far-left.

Is it any wonder then, that our college campuses have become hives of radical leftists?

Video: College Student Has 2 Minute Freak Out After Being Triggered By Trump Sign: “She’s Going Nuts!”