Fentanyl In The Halloween Candy??? 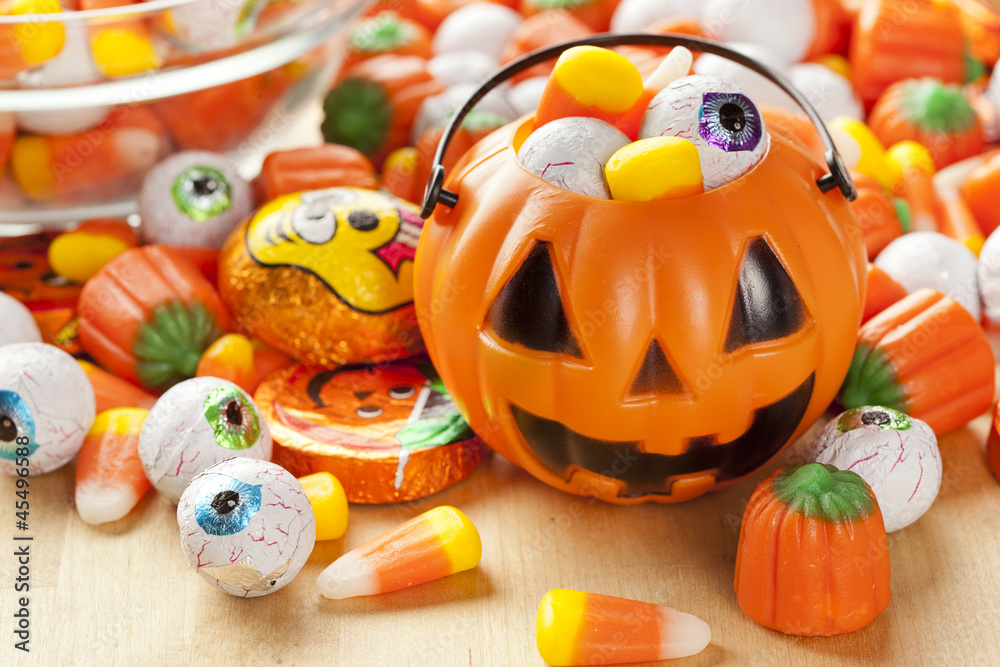 America has a big problem with fentanyl.  It is up to 100 times stronger than heroin, it is insanely addictive, and an amount the size of a grain of rice can potentially kill you.  Thanks to fentanyl, overdose deaths have been absolutely exploding all over America in recent years, but this fact is not scaring addicts away.

In fact, it appears that more Americans are using it than ever before, and more fentanyl comes flooding into this country with each passing day.  In one recent 12 months period, law enforcement authorities in Texas intercepted enough fentanyl to literally kill every single man, woman, and child in the United States.  We have never faced a crisis quite like this before, and now we are learning that fentanyl could even be mixed in with Halloween candy.

Yes, that is actually what authorities are telling us.

On Wednesday morning, someone tried to get 12,000 pills of fentanyl that were disguised as candy through airport security at LAX…

Authorities are again warning parents about the possibility of drugs mixed in with candy this Halloween after a big fentanyl bust at LAX.

Someone tried to get through security at Los Angeles International Airport with bags of candy that contained some 12,000 pills of fentanyl early Wednesday morning. The opioid pills were contained inside packages of Skittles, Whoppers and SweeTarts candy.

The drugs were seized by the Los Angeles County Sheriff’s Department and federal Drug Enforcement Agency agents assigned to a task force at the airport.

Can you imagine how many people those pills could have potentially killed?

Following the arrest, the Los Angeles County Sheriff’s Department warned parents to make sure that they inspect all Halloween candy that their kids receive this year…

“With Halloween approaching, parents need to make sure they are checking their kids candy and not allowing them to eat anything until it has been inspected by them,” the Sheriff’s Department said.

Of course, this isn’t the first time that we have gotten a warning of this nature.

Earlier this month, a group of Republican senators specifically warned that rainbow fentanyl pills that look like candy pose a great threat to our children…

“I come to you today not only as a U.S. senator but as a fellow American concerned about the health of our nation’s youth this Halloween,” Marshall says in the video.

“The powerful drug cartels are coming after your kids, your neighbors, your students, your family members, and your friends. No one is sparred as fake pills laced with fentanyl are beginning to look like candy in an effort to lure young Americans,” Blackburn continues.

Cassidy notes that “[r]ainbow fentanyl comes in a variety of bright colors, shapes and sizes, including pills, powder and blocks that resemble sidewalk chalk.”

“According to the DEA, these pills are a ‘deliberate effort by drug traffickers to drive addiction amongst kids and young adults.’ Even just handling these pills or powders masquerading as candy can kill a person,” Daines adds.

I am glad that those senators decided to make that video.

Because this crisis is very serious.

As I noted above, an amount of fentanyl that is equivalent to a grain of rice is potentially enough to kill you…

Fentanyl is a drug that’s 100 times more potent than heroin, and a dose the size of a grain of sand can kill. When it’s prescribed by a doctor, it’s measured by the millionth of a gram.

In this sort of environment, I don’t know why anyone would allow their children to wander the streets asking for candy.

Thankfully, it appears that trick-or-treating is starting to go out of style.  In fact, 52 percent of all Americans say that they won’t be giving out any candy at all this year…

As kids get ready for another Halloween night of costumes, candy, and fun memories, many adults say they simply don’t have the money to celebrate this year. In a poll of 1,000 Americans, a staggering 52 percent say they won’t be handing out Halloween candy to young trick-or-treaters.

Out of these Americans, one in four blame inflation for spoiling this year’s festivities (24%). That shouldn’t come as much of a Halloween shocker, since inflation rose to a 40-year high earlier in 2022.

Needless to say, I am not a fan of Halloween.

The “traditions” that so many of us gleefully celebrate today have bloody pagan roots, and there is a reason why occultists consider it to be one of the most important days on the calendar.

And we certainly don’t need a special day for people to dress up and act like idiots.

Some people out there do this all year long.

Our nation is in such an advanced state of decline.

And right now we are facing the worst drug crisis in our history.

This year, drug overdose deaths will set another new all-time record, and next year will likely be even worse.

I really hope that we can get more Americans to wake up because the times that we are moving into are going to be extremely challenging.

Every single day, more fentanyl that has been manufactured in Mexico, China, and elsewhere comes pouring across our borders.

And our current crop of politicians seems powerless to stop this.

We are on such a self-destructive path, and what we are witnessing should break all of our hearts.