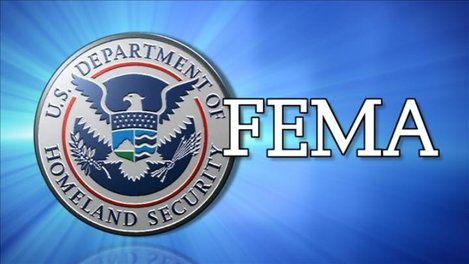 The Federal Emergency Management Agency has admitted they made deadly mistakes in the aftermath of Hurricane Maria. FEMA admits that they were not prepared at all to handle the situation in Puerto Rico, and people likely lost their lives relying on the government agency.

FEMA’s after-action report details how the agency’s warehouse on the island of Puerto Rico was nearly empty due to relief efforts from Hurricane Irma when Maria made landfall last September.  There were no cots or tarps and little food and water available to those who needed it, according to an article by EcoWatch.  FEMA’s own report is described as a follow-up to the 2017 hurricane season.

Following the 2017 hurricane season, FEMA conducted an after-action review of the agency’s preparations for, immediate response to, and initial recovery operations for hurricanes Harvey, Irma, and Maria. The 2017 Hurricane Season FEMA After-Action Report captures transformative insights from a historic hurricane season that will help the Agency, the emergency management community, and the nation chart the path into the future. –FEMA’s After Action Report

If you’ve ever needed a reason to have some extra food and water stored just in case, maybe this is it.  FEMA has proven time and time again that they simply cannot provide for most people, and those who rely on the government agency may suffer much more than those who prepare on their own for a SHTF scenario.

The FEMA report also finds that the agency was “severely understaffed” and relied on “underqualified” staffers, and that leadership lacked key information on the island’s infrastructure both before and after the storm. The report advises that communities and families in remote areas must prepare independently of the agency for future weather disasters because FEMA is unreliable and inadequate at dealing with much of anything, let alone a disaster situation. And let’s not forget that the United States government is in a massive amount of debt, so FEMA, like all government programs and agencies, will eventually run out of money.

Many government officials seem to forget about the financial end of emergencies. They can’t seem to wrap their brains around the fact that while they have 200 million dollars a day, most folks do not. This is why financial preparedness is of such massive importance. If you had to live away from home without access to a kitchen, the expenses would rack up pretty quickly. As well, think about how thinly those millions are spread. And FEMA is going to eventually run out of money. –The Orgainic Prepper

The New York Times editorial board described FEMA’s response as “tragically inadequate” and warned that the agency must do better, while FEMA themselves have admitted they are incapable of doing so.  That’s why they have suggested Americas prepare on their own and take their survival into their own hands. “Those closest to the impacted areas are the true first responders during any emergency disaster,” wrote the FEMA administrator in the report.

You can read FEMA’s entire report here; the agency is taking little responsibility while blaming their ineffectiveness on the number of disasters in 2017. So, it’s probably time to take matters of preparedness into our own hands and stop relying on ineffective government agencies to solve problems they are ill-equipped to handle.