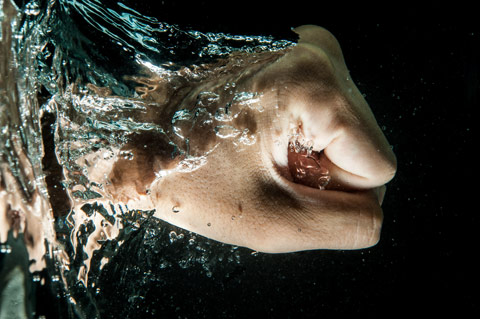 Editor’s Note: The following research and commentary shows just how far the federal government is willing to go. With the help of the EPA and State legislators they are aggressively chipping away at private property rights in America and as you’ll see from Jeremiah Johnson’s report below, they are starting with our most precious resource – water. That includes the creek in your backyard, the well under your house and even the rain that falls on your roof. Once they have control of the water, it will be they and they alone who decide whether or not you can shower daily, or water your crops, or how much drinking water will be allotted for  your family – even if you have an aquifer sitting below your property . But that’s just the beginning. The dangerous precedent about to be set in Montana means they’ll have given themselves the pretext to seize anything they want. The aim, as evidenced by these and other recent actions by local, state and federal government, is to supplant all private ownership in America.

Water Rights on the Ropes: The Last Round for Free Montanans vs. the Federal Government
By Jeremiah Johnson

This is a “rush” article submitted at the 11th hour of the battle Montanans are fighting to keep their water rights intact.  The average citizen is trying to defend against the onslaughts of the Agenda 21-funded, oligarch-driven EPA (pushing the CSKT water compact) and the Federal Government.  The battle is almost over and it doesn’t look good about one minute to midnight.  This battle is Montana’s “Alamo” of water rights and it is very important for all of us: a loss for Montanans and a win for the Federal Government will set a nationwide precedent.

If the Federal Government and its lackeys win, the Iron Bell of tyranny will ring, and those reverberations will be felt throughout the U.S.  The feds will have established through state legislation an EPA measure as a means that can be turned around and employed nationally.  Taking the communist “social justice” platform and using Native Americans as the tools in the “downtrodden and protected class” role, the feds will inculcate a foothold into private property rights.  With a win, the federal government will have a new technique to leverage citizens away from their individual and family private property rights.

My previous article on this subject was posted on 3/18/15, entitled FedGov Moves to Seize Water Rights from 100,000 Montanans: All Surface Water and Wells.  I recommend that you read it for the background history on the Hellgate Treaty and similar actions being taken in other states by the feds.  SB 262 is the bill that will, if passed, ratify the CSKT (Confederated Salish and Kootenai Tribe) water compact.  There was a piece penned by Montana House Majority Leader Keith Regier, MT HD-4 Representative on 4/11/15 that explained the main concern: many Montanans will lose access to private property, and that access will be given to the Tribal members (who already have access), their heirs, and their “assigns.”

Guess who these “assigns” are?  They are private companies, outdoor groups (Sierra Club, for example), and tour companies.  They are the Federal Government, and the U.S. Forest Service, and Montana Fish and Game.  These latter two, by the way, have supported the CSKT water compact and throughout the compact these two groups wrote language into it that exempt themselves from future legal conflicts.  If this bill passes, the Unitary Management Ordinance will be created; this is a water court made up of a group of members of the tribes and others to serve as the water court of the reservation.

The aforementioned court will have one main function: to rule on issues that pertain to non-tribal members.  Bottom line: it is a court that is of the tribes that will rule on Montanans by taking all Montanan’s water rights out of the hands of Montanans and placing it in the hands of the Indian Tribes.  Almost 90% of all lands for agricultural use are off-reservation and the landowners have been paying property taxes for many years; however, they will now be under the jurisdiction of the tribes.

That jurisdiction (as outlined in the first article) will be regulated by the EPA and enforced by the Department of Homeland Security, with authorization of the Bureau of Indian Affairs on behalf of the Confederated Salish and Kootenai Tribes.

The Federal Government is named as the owner of all the water defined in the compact.  This is stipulated in writing.

As of this writing, there are procedural hurdles that are going to be voted upon and the bill is just one step away from being signed by Gov. Steve Bullock (D, MT), the same governor that just vetoed a bill that prevented Montana’s Sheriffs from being obligated to aid Federal law enforcement from any kind of gun grabs or gun bans (pertaining to semi-auto rifles, erroneously and intentionally termed “assault rifles”).  A whole slew of commies are supporting and pushing for this; they’re swaged in “harmonious-sounding” names that falsely bespeak of serving the community: The Ruby Valley Conservation District, and Farmers and Ranchers for Montana, to cite a few.

There are armies of lobbyists, purchased-puppet-politicians, and advertising campaigns in the millions pushing this communist-statist agenda.  Every day on the radio, their honeyed voices proclaim the “justice, economic benefits, and overall goodness” of a compact that will completely abrogate and nullify water rights and all but end private property.  Every piece of land in Western Montana with a well will now have a regulator coming to tax and control it.

There will be another vote at the time this writing hits the site.  I would appreciate any and all comments and useful information that you guys and gals can find out there pertaining to this and other power grabs of this nature.  When does it end?  Well, how it will end is not a question for some.  Anyone who sets foot on private land to try and regulate water, perhaps AC/DC’s song, “Have a Drink on Me,” will be cranked up to the max.  Bet you can guess what type of “instrument” will be “playing” in accompaniment to the tune!  Hope you guys and gals are well, and I look forward to hearing from you.  Keep us in your prayers, readers: we’ll need it.

What It Will Be Like When Your Tap Runs Dry