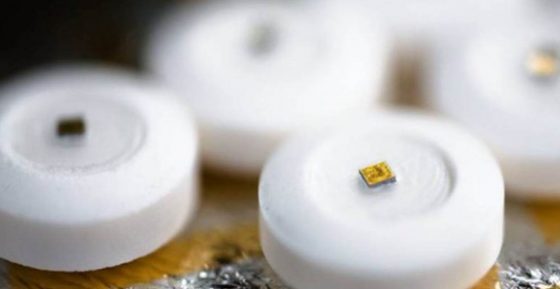 The Food and Drug Administration has just approved a new pill with a digital sensor in it. It will “ensure” that patients who suffer from mental health issues take their medicine when they are told. But privacy concerns have not gone unnoticed.

Regulators in the United States have approved the first bill that can be digitally tracked as it makes its way through the human body.  The Abilify MyCite aripiprazole tablets used for treating schizophrenia and manic episodes have an ingestible sensor embedded inside them that records that the medication has been taken. A patch worn by the patient transmits this information to their smartphone.

But many are raising the red flag that this could simply be another form of medical “big brother.” You may no longer have the right to refuse medications in the very near future.

The Abilify MyCite features a sensor the size of a grain of sand made of silicon, copper, and magnesium. An electrical signal is activated when the sensor comes into contact with stomach acid — the sensor then passes through the body naturally. A patch the patient wears on their left rib cage receives the signal several minutes after the pill is ingested. The patch then sends data like the time the pill was taken and the dosage to a smartphone app over Bluetooth. The patch also records activity levels, sleeping patterns, steps taken, activity, and heart rate, and must be replaced every seven days. The patient’s doctor and up to four other people chosen by the patient, including family members, can access the information. The patient can revoke access at any time. – The Verge

Is it really hard to understand why people are raising concerns about privacy over this new pill? The pill is one way to address the prevalent problem of patients not taking their medication correctly. According to the IMS Institute’s estimates, the improper and unnecessary use of medicine cost the US healthcare sector over $200 billion in 2012.

But, the approval also opens the door for pills that are used for other conditions beyond mental health to be digitized and monitored, and could eventually lead to tracking devices for humans being slipped into medication. What is the government’s obsession with keeping the people doped up? Complacency, perhaps?

Others are worried that tracking pills will be a step towards punishing patients who don’t comply with either medical or government demands to take drugs. Ameet Sarpatwari, an instructor in medicine at Harvard Medical School told The New York Times the digital pill “has the potential to improve public health. [But] if used improperly, it could foster more mistrust instead of trust.”