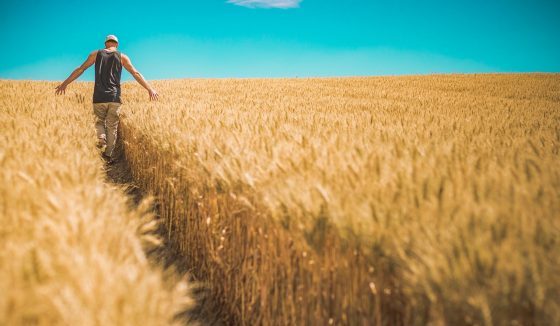 President Trump just announced yet another round of emergency bailouts for U.S. farmers.  This emergency aid will be greatly welcomed by countless struggling farmers, but a few thousand dollars won’t be nearly enough to save most of the farms that are on the verge of failing.

Coming into 2019, farm debt was already at a record high and farm bankruptcies were already rising.  But then crazy weather patterns made planting season a complete and utter mess, and more crazy weather patterns have turned harvest season into a major disaster.  On top of everything else, the Trump administration’s trade dispute with China has greatly reduced U.S. agricultural exports and hurt prices.  This has been an absolutely nightmarish year for U.S. farmers, and a series of government bailouts hasn’t done much to ease the pain.

Realizing that more emergency intervention was necessary, President Trump just announced that another round of bailouts is on the way…

U.S. President Donald Trump on Sunday welcomed a “cash” payout to American farmers before the Thanksgiving Day holiday that he attributed to China tariffs, but that money actually is part of a U.S. government aid package.

“Our great Farmers will recieve (sic) another major round of ‘cash,’ compliments of China Tariffs, prior to Thanksgiving,” he wrote on Twitter.

According to Fox Business, the Trump administration is telling us that the U.S. Department of Agriculture “issued the payments on Friday, and they will begin the week before Thanksgiving”.

So many farming families will receive an unexpected blessing just in time for the holidays.

Nationwide U.S. farm bankruptcies in September surged 24% to their highest level since 2011 amid strains from President Trump’s trade war with China and a year of wild weather.

In the 12 months through September, there were 580 Chapter 12 farm bankruptcy filings, the most since 2011, the American Farm Bureau Federation reported.

Farming is a very tough business.  It takes an immense amount of capital, and one bad year of really bad weather can ruin everything.

And the weather in 2019 has been absolutely abysmal.

In essence, what we have been witnessing is something of a “perfect storm” for farmers.  For so many of them, 2019 was a “make or break year”, because unsustainable debt levels had already pushed them to the brink of insolvency.

If you can believe it, the U.S. Department of Agriculture is projecting that U.S. farm debt will soon reach a grand total of 416 billion dollars…

U.S. farm debt is projected to reach a record high of $416 billion, according to the U.S. Department of Agriculture.

That means that the average farm in the United States is now more than $200,000 in debt.

And when bad weather wipes out your income for the year, that much debt can be absolutely crippling.

Of course, it isn’t just farmers that grow crops that are going under.  In fact, the epicenter for this debt crisis is actually among dairy farmers in Wisconsin…

Wisconsin leads the nation in farm bankruptcies this year, and dairy farmers are carrying the brunt of the burden.

According to NPR, nearly 10% of Wisconsin dairy farmers may go out of business in 2019. And Wisconsin has seen an increase in suicide rates over the last few years. According to the Wisconsin State Journal, experts are attributing many of those deaths to farmers facing economic challenges.

Did you catch that number?

In our most important dairy-producing state, one out of every ten dairy farms will be shutting down this year alone.

Americans are drinking less milk these days, and prices are down.  Everyone knew that this would be a tough year for dairy farmers, but very few anticipated that it would be this tough.

At this point, the state of Wisconsin is actually losing “two farms a day”…

“You look at the weather, you look at the crops you can’t get off the field, you look at the bills you can’t pay,” Patty Edelburg, vice president of the National Farmers Union, told Yahoo Finance. “Bankruptcies are up. Wisconsin is attributed as the No. 1 bankruptcy in the nation right now, when it comes to dairy farmers. That number is up, I think, 24% from last year already. We’re losing two farms a day.”

For some farmers, “Farmageddon” is simply too much to bear.  Seeing a farm that you put your blood, sweat, and tears into go under can be absolutely devastating emotionally, and authorities are telling us that the number of farm suicides appears to be rising…

A 2017 study found that farm owners and workers were three to five times as likely to kill themselves on the job compared with other occupations. Researchers studying more recent data have not yet determined if farmer suicides are increasing, but leaders and social workers in rural America say that, anecdotally, they’re seeing more of these deaths. Calls to suicide hotlines around farm country have risen, prompting new federal and state programs targeting farmers’ mental health, including support groups, public awareness campaigns and funding for counseling.

This is such a great tragedy because farmers are truly the backbone of this nation.  I don’t know anyone out there that doesn’t need to eat, and without our farmers, we wouldn’t have any food.

All over the country, officials are using the word “disaster” to describe this harvest season.  This is a nightmare that is just getting started, and we won’t know the full magnitude of this crisis for some time.

But what we do know is that U.S. farmers have never seen a year quite like this, and all of the information that we have right now seems to indicate that “Farmageddon” is going to get a whole lot worse.