Fact: They Are After Your Guns and Here is the Proof 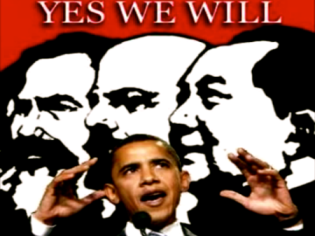 This analysis and commentary has been contributed by Joe ‘The Plumber’ Wurzelbacher. Visit Joe for America for daily updates and insights.

How many laws have to be passed before you believe they are after your guns? President Obama and the left have an aggressive gun control agenda – and it’s hiding plain sight.

Yet even in respected circles there are many who believe we only need to enact new legislation further restricting gun and ammunition ownership and our problems with crime and mental health will go away.

The anti-Second Amendment crowd and the mainstream media cheerleaders who act as gun control first-responders to mass murder by sociopaths have convinced far too many that criminals will stop acting criminally if only more and more laws can be enacted.

So you think gun control advocates are not trying to take away your right to keep and bear arms? That ultimately their goal isn’t to do away with the Second Amendment and disarm the citizens of the United States one way or another?

Are you one of these folks who say they support gun ownership, but only want “reasonable” gun laws restricting “military style” weapons and “gun-free” zones will protect students from school shootings like the tragedy that occurred at the Sandy Hook?

Do you feel sympathetic toward the President when he says a failure to enact tougher gun-control laws is his greatest disappointment in more than five years as president?

Then I have one more question: What are you, new?

Do you have any idea the vast amount of gun control laws and restrictions that have been put upon law-abiding gun owners in this country? It would shock the most learned of Second Amendment advocates to ingest the sheer volume of anti-gun legislation passed and proposed. It clearly exposes an obsessive and war-like drive to disarm the nation’s citizenry of firearms.

Yet our President plays possom, saying in a recent interview; “Right now, it’s not even possible to get the mildest restrictions through Congress and we should be ashamed.”

Listed below are 8 of the Federal bans, regulations and restrictions sought by liberal lawmakers, courtesy Chuck Cunningham, Director of State and Local Affairs – National Rifle Association:

1. In 2013, Sen. Dianne Feinstein (D-Calif.) proposed an “assault weapon” and “large” ammunition magazine ban that would have banned all detachable-magazine semi-automatic rifles and shotguns.

2. This year, Feinstein asked President Obama to order the Bureau of Alcohol, Tobacco, Firearms and Explosives to tighten restrictions on the importation of semi-automatic firearms and their parts.

4. The Bureau of Alcohol, Tobacco, Firearms and Explosives has attempted to ban the importation of certain shotguns.

7. This year, BATFE has proposed to excessively expand the categories of persons prohibited under federal law from acquiring or possessing firearms on mental health grounds.

It’s not a steady drip or the dreaded slippery slope – this is a constant onslaught of legislation and public relations toward gun confiscation. The resources are mounting and if you think I’m kidding about the obsessive nature of the promoters, here’s what Mike Bloomberg the billionaire ex-mayor in an interview with The New York Times had to say about his gun-control efforts.

“I have earned my place in heaven.” –

Bloomberg himself has armed guards of course, as do leftist members of Congress and leftist entertainers, but he may actually believe he’s curried favor with Saint Peter by blowing $50 million on politicians who support gun control. Do you think someone who says they’ve bought a backstage pass into heaven can be reasoned with?

House Bill 1224 bans the sale, transfer or possession of a magazine capable of holding more than fifteen rounds of ammunition and any magazine larger than fifteen rounds that is manufactured in Colorado on or after the effective date must include a serial number and date of assembly. HB 1224 was signed into law by Governor John Hickenlooper on March 20.

House Bill 1228 imposes an undetermined fee (gun tax) for undergoing a background check through the Colorado Bureau of Investigation InstaCheck system. HB 1228 was signed into law by Governor John Hickenlooper on March 20.

SB 195 was signed into law by Governor John Hickenlooper on May 24.

Senate Bill 1094 expands Connecticut’s current ban on some semi-automatic rifles to include .22 caliber rifles with one or more certain cosmetic features. SB 1094 was signed into law by Governor Daniel Malloy on June 18.

House Bill 35 which imposes “universal” background checks was signed into law by Governor Jack Markell on May 8.

Senate Bill 69 requires fingerprinting and processing through NICS in addition to the already existing registration requirement on all firearms brought into the state. SB 69 was signed into law by Governor Neil Abercrombie on July 9.

Senate Bill 281 bans the transport, sale, purchase, transfer or possession of commonly owned semi-automatic centerfire rifles that have a detachable magazine and two additional characteristic restricts magazine capacity to no more than ten rounds and requires a state permit-to-purchase, rent or otherwise be in possession of a handgun. SB 281 was signed into law by Governor Martin O’Malley on May 16.

Ban of Commonly Owned Semiautomatic Firearms/Magazine Capacity/Firearms Registration/Ammunition Restrictions/Mental Health Senate Bill 2230 bans commonly owned semi-automatic firearms and magazines, firearm registration and restrictions on ammunition purchases and requires mental health practitioners to report if someone is a threat to himself or others (without requiring an adjudication) and such person must surrender their gun. SB 2230 was signed into law by Governor Andrew Cuomo on January 15.

House Bill 43 requires organizations like the NRA who engage in political speech to immediately disclose the names of virtually all of its donors, including those who pay membership dues. HB 43 was signed into law by Governor Gary Herbert on April 1.

What no one wants to think about is what may happen if President Obama does with his gun control agenda what he’s doing with immigration policy: Selectively enforcing immigration law, ignoring the Separation of Powers, writing and re-writing legislation and issuing Executive Orders when Congress won’t act.

The mid-term elections are not exactly looking rosy for Barack Obama and if the pundits and polls are correct (aren’t they always?); the Senate and House will have a healthy bunch of Republicans running Congress. The President may only have until then to get the above proposals through and what if Congress won’t act, as he says so often? Will his pen and phone get to work on gun confiscation?

Here’s a hint: “Citizenship means standing up for the lives that gun violence steals from us each day. I have seen the courage of parents, students, pastors, and police officers all over this country who say ‘we are not afraid,’ and I intend to keep trying, with or without Congress, to help stop more tragedies from visiting innocent Americans in our movie theaters, shopping malls, or schools.”
– Barack Obama

Will the President pursue the last option left to a “disappointed” tyrant? Is it possible that Barack Obama would actually use Executive power to fulfill his obvious disdain for the Second Amendment?

Ponder that as tens of thousands of children from Central and Latin America, escorted by who knows who are being allowed to cross our southern border illegally. It’s criminal on every level – especially the willful neglect of the President’s Constitutional responsibility regarding the nation’s border.

Gun control is now a big-time priority for President Obama and the radical liberals who control cities, Governorships and state legislatures around the nation. There’s plenty of legislation coming down the pike here in 2014 – anyone doubting the left’s real anti-gun agenda needs to carry copies of the following around with them, share them and be constantly reminded of what’s really going on here:

Still think this is about keeping anti-tank bazookas out of the hands of the public? Think again.

They’re after your guns, and all your rights. After all – isn’t the 2nd Amendment what stands between you and everything in the Bill of Rights? America without the 2nd Amendment is closer to the truth than you think – piece by piece our Right to Bear Arms is being dismantled and you are asleep at the wheel.

This analysis and commentary has been contributed by Joe ‘The Plumber’ Wurzelbacher. Visit Joe for America for daily updates and insights.