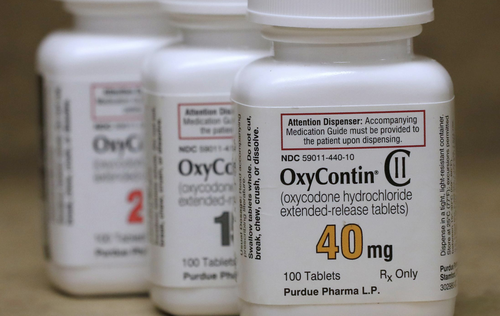 Stamford-based Purdue Pharmaceuticals, which is facing thousands of lawsuits pertaining to its role in stoking the opioid epidemic that has been blamed for the surge in drug overdose deaths, is taking a page out of embattled Cali utility PG&E’s book.

Like the embattled utility, the drug company, which is privately owned and controlled by the billionaire Sackler family, is considering filing chapter 11 bankruptcy to halt the mountain of lawsuits and negotiate its legal claims with plaintiffs.

The deliberations show how Purdue and its wealthy owners, the Sackler family, are under pressure to respond to mounting litigation accusing the pharmaceutical company of misleading doctors and patients about risks associated with prolonged use of its prescription opioids.

Purdue denies the allegations, arguing that the U.S. Food and Drug Administration-approved labels for its opioids carried warnings about the risk of abuse and misuse associated with the drugs.

Filing for Chapter 11 protection would halt the lawsuits and allow the drug maker to negotiate legal claims with plaintiffs under the supervision of a U.S. bankruptcy judge, the sources said.

Purdue has been accused by dozens of states’ attorneys general of using deceptive marketing practices to push opioids like its Oxycontin while minimizing their addictive properties. The company told Reuters that it hasn’t made a final decision about the bankruptcy.

A Purdue bankruptcy filing is not certain, the sources said. The Stamford, Connecticut, drug maker has not made any final decisions and could instead continue fighting the lawsuits, they said.

“As a privately-held company, it has been Purdue Pharma’s longstanding policy not to comment on our financial or legal strategy,” Purdue said in a statement.

“We are, however, committed to ensuring that our business remains strong and sustainable. We have ample liquidity and remain committed to meeting our obligations to the patients who benefit from our medicines, our suppliers and other business partners.”

It was reported in August that Purdue had tapped Davis, Polk & Wardell for restructuring advice, which alarmed some attorneys general who feared Purdue would file for bankruptcy before cases brought by states attorneys general reached trial.