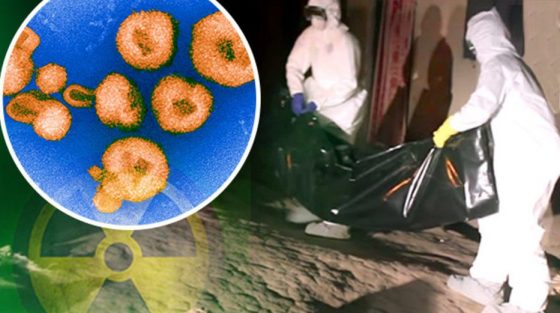 Health authorities in Uganda, in central Africa, have been accused of “concealing” cases of deadly Crimean-Congo Hemorrhagic Fever (CCHF).  This horrific “eye bleed fever” has been confirmed by doctors, yet health officials continue to deny the outbreak.

In a blazing tweet, Sarah Opendi, Uganda’s minister for health, categorically stated: “there is no Crimean Congo Hemorrhagic Fever in Uganda.” But the Health Ministry had no other choice but to admit there was actually an outbreak after a nine-year-old girl from a village in the Nakaseke district tested positive for CCHF.  One Ugandan doctor even said that if there’s even one confirmed case of this horrifying disease, its an epidemic already. Are health officials covering up the severity of this outbreak?

Doctors in Africa seem to think so. In a bombshell report, doctors from Nakaseke Hospital claim the death toll has risen to 11, fueling claims officials are hiding cases and lying about this potentially deadly disease.

Eye bleed fever is a serious infection which causes victims to bleed from their orifices, such as the eyes or anus.  Both Crimean-Congo Fever and the Rift Valley Fever are viral diseases that are found in livestock but can be transmitted to humans. The CCHF virus, which was first detected in the 1940s, causes severe viral hemorrhagic fever outbreaks, with a case fatality rate of 10–40%.

Because of the nature of this disease, doctors say it’s important to prevent the spread of this infection, but that’s difficult if health officials are covering up the outbreak.

In a press conference last week, Dr. Diana Atwine, the Ministry’s Permanent Secretary, reported additional cases of the serious viral infections. Speaking to the media alongside WHO officials, she said: “Since August 2017, when suspected cases were reported, four cases of the Crimean- Congo Hemorrhagic Fever (CCHF) have been confirmed and five cases of the Rift Valley Fever (RVF). Unfortunately, we have lost three cases of the RVF from Kiboga, Buikwe and Mityana districts. The latest cases were reported on January 19.”

Just 24 hours later, Nakaseke Hospital contradicted Dr. Atwine, claiming 11 people have died from CCHF since July last year. According to the Daily Star, hospital superintendent Dr. Bernard Okello revealed the bombshell after a meeting with a committee of MPs. In total, 23 people have been infected by the lethal disease, nine of whom received treatment at the hospital, Dr. Okella said. One patient is currently being treated at the hospital, he said.

Doctors from the Uganda Medical Association (UMA) accused the Ministry of Health of failing to handle the CCHF outbreak in Nakaseke district and putting the lives of health workers at risk. In an interview with Daily Star Online, Dr. Mukuzi Muhereza, from the UMA, warned the disease will spread further unless action is taken quickly.