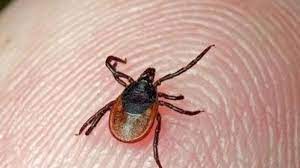 The Crimean Congo Hemorrhagic disease previously only in Afghanistan and Iraq has now been discovered in Spain. The horrific illness is known as “eye bleed” disease can have a  mortality rate of up to 30 percent.

According to a report by the India Herald, a person has gone to a hospital in Spain with hemorrhagic symptoms. The person has been diagnosed with Crimean-Congo hemorrhagic fever in the city of Leon in northwestern Spain. Experts claim that the disease is tick bourn and can spread via contact with contaminated animals.

CCHF is often found in Africa, the Balkans, the Middle East, and Asia and more rarely elsewhere in Europe. It can transmit between humans by close contact with blood or bodily fluids, the World Health Organization says.

The Spanish man was first admitted to a local hospital in the northwestern city of Leon when he showed symptoms of the disease after being bitten by a tick and was later transferred to another hospital on a military plane on Thursday, the Defense Ministry said according to Reuters.

“He has a tick bite and remains in a stable condition, despite the clinical severity that this pathology implies,” local health authorities said in a statement.

Spain detected its first case of CCHF in 2011 and a Spanish man died in 2016 after being diagnosed with the disease following a tick bite. The mainstream media reports say that this is not a native disease to Europe.

The most serious symptoms include eye and skin hemorrhages, internal bleeding, and organ failure. Patients can get nose and eye bleeds. The symptoms of CCHF can hit hard and fast. Initial symptoms include headache, high fever, joint pain, stomach pain, vomiting, dizziness, and sensitivity to light, but the disease can progress to cause sleepiness, depression, and extreme tiredness.

The patient reportedly remains in a stable condition, but experts are continuing to keep a close on him.

This is not the only disease we should be keeping our eyes on at this point in history. COVID-19 will seem like a dream if the world sees a massive outbreak of any hemorrhagic disease.