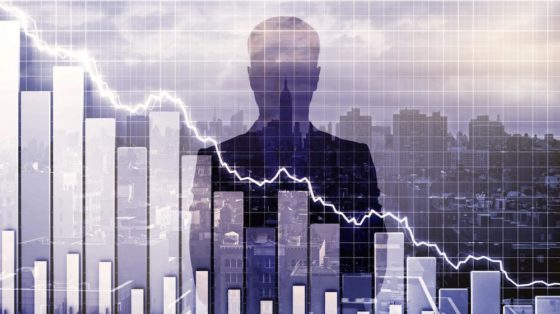 Citing America’s debt problem, financial experts have stated that the impending economic crash could occur during president Donald Trump’s first term. The trade war and its price hikes and inflation could help push debt-riddled Americans and government to the financial limit.

Several ominous economic indicators including skyrocketing student loan and United States household debt could predict a crash “worse than the Great Depression,” according to a report in the New York Post. As of today, Americans will begin feeling the trade war in their wallets, straining finances even more. But the national debt and household debts are taking the blame for the eventual global market crash.

“We think the major economies are on the cusp of this turning into the worst recession we have seen in 10 years,” said Murray Gunn, head of global research at Elliott Wave International. “Should the [US] economy start to shrink, and our analysis suggests that it will, the high nominal levels of debt will instantly become a very big issue.”

“We won’t be able to call it a recession, it’s going to be worse than the Great Depression,” said economic commentator Peter Schiff, forecasting a major economic downturn as early as the tail end of the Trump presidency’s first term. “The US economy is in so much worse shape than it was a decade ago.” Schiff added, “I think we are going to have a dollar crisis — you think the Turkish lira looks bad now, wait till you see when the dollar is imploding and we have a sovereign debt crisis in the US,” he told The New York Post. “The US government is going to be given a choice between defaulting on the debt, or else massive runaway inflation.”

According to Newsweek, economists downplayed recent positive indicators such as low unemployment and soaring business confidence, reiterating they won’t last through Trump’s first term. At least one expert predicted that recent slides in housing and auto sales are perhaps the first step toward a U.S. recession.

Central bankers at the behest of governments have also more than doubled global debt as they have flooded national economies with cheap and easy money. In 2008, global debt sat at $177 trillion in comparison to $247 trillion today. When the crash finally happens, the public will look to those who created the perfect storm for it occurs, but there won’t be a solution.  “People will look to central banks to help them out, but the authorities will be found wanting,” Gunn warned. “Our prediction is that central banks will go from being feted for ‘saving the world’ in 2008 to being vilified for being impotent in the coming deflationary crash.”