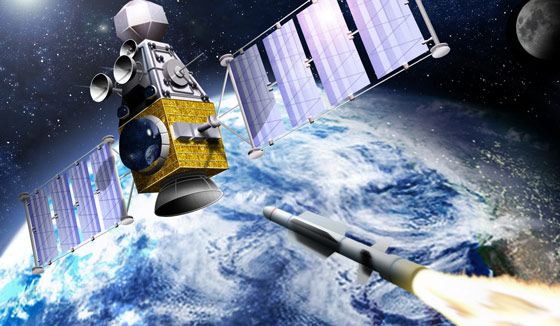 For those who are skeptical about North Korea’s capabilities, there is an excellent article presented by The Hill, entitled How North Korea could kill 90 percent of Americans.”  The article is authored by none other than R. James Woolsey, former Director of the Central Intelligence Agency and by Dr. Peter Vincent Pry, the Executive Director of the EMP Task Force on National and Homeland Security and a former analyst with the CIA.

Although the President is moving forward with his agenda, he has hit a “stall” in these first two months just on repealing Obamacare: The Republican Party has been the stall, refusing to give him the necessary votes and impetus to overcome it.  As mentioned in previous articles, it will take the President at least 6 months before his actions and effectiveness can be assessed.  Six months is a long time.  In the meantime, the U.S. continues to emplace measures such as THAAD (Terminal High Altitude Aerial Defense) being deployed to South Korea.

China and Russia view it as an aggressive measure and a threat rather than a defensive strategy to protect South Korea and Japan.  This is partially correct.  The important thing to consider here is that North Koreans and their leader are starting to become more irate regarding the deployment of THAAD, the ongoing military exercises of U.S. and South Korean troops in the latter’s nation, and the demand by Japan for a first strike initiative to occur.

Here are some excerpts from the article that readers should keep in mind:

“The mainstream media, and some officials who should know better, continue to allege North Korea does not yet have capability to deliver on its repeated threats to strike the U.S. with nuclear weapons.  False reassurance is given to the American people that North Korea has not “demonstrated” that it can miniaturize a nuclear warhead small enough for missile delivery, or build a reentry vehicle for an intercontinental ballistic missile (ICBM) capable of penetrating the atmosphere to blast a U.S. city.

Yet any nation that has built nuclear weapons and long-range missiles, as North Korea has done, can easily overcome the relatively much simpler technological challenge of warhead miniaturization and reentry vehicle design.”

These two paragraphs clearly state that North Korea can miniaturize a warhead.  Once again, the naysayers will only be satisfied that they “can” when either an EMP (Electromagnetic Pulse) weapon and/or a nuclear warhead is delivered with either complete loss of power in the U.S. and/or the loss of an American city.  When such occurs, the naysayers will then say nothing.

The objective is not to be “right” in this debate, but to be aware…to foster such awareness and help others to make whatever preparations they can before such occurs.  Here is another declaration by this article…a deep one:

“The notion that North Korea is testing A-Bombs and H-Bomb components, but does not yet have the sophistication to miniaturize warheads and make reentry vehicles for missile delivery is absurd.”

The threat could not be made any clearer than that.  The article goes on to describe assessments made in February and March of 2015 by former senior national security officials who warned this:

“…North Korea should be regarded as capable of delivering by satellite a small nuclear warhead, specially designed to make a high-altitude electromagnetic pulse (EMP) attack against the United States.”

Exactly six months later, Gortney declared (based on intelligence analyses) that North Korea has nuclear weapons, the capability to miniaturize them, and is capable of placing them on a missile that can reach the continental United States. This last excerpt of the article is very important due to the gravity of the current situation (the article was written today), the warning it gives, and the denouncement of the MSM (mainstream media) for obfuscating the facts on the matter and “underreporting” an issue of this magnitude:

“According to the Congressional EMP Commission, a single warhead delivered by North Korean satellite could blackout the national electric grid and other life-sustaining critical infrastructures for over a year – killing 9 of 10 Americans by starvation and societal collapse.  Two North Korean satellites, the KMS-3 and KMS-4, presently orbit over the U.S. on trajectories consistent with surprise EMP attack.

Why do the press and public officials ignore or under-report these facts?  Perhaps no administration wants to acknowledge that North Korea is an existential threat on their watch.  Whatever the motives for obfuscating the North Korean nuclear threat, the need to protect the American people is immediate and urgent…”

These men are experts in the field.  Why is the United States (as a whole) being so lackadaisical when it comes to such a problem?  As I have written in the past, it is my fervent wish that it never comes to pass…because the death of millions is not a “fair tradeoff” just to be able to be “right” or “correct” in a point of view.  For me personally, it is not about that.  It is about paying attention to men who make it their full-time business to be aware of the true threat that the MSM does not report, and reporting it here.  In this manner, you may be able to give yourself a small edge to make it by being aware and taking any precautions you can take with your family.  It is better to be aware, prepared, and have nothing happen than to wake up one morning and find an American city has been nuked and an EMP has rendered us without power.  Let us hope that doesn’t ever happen.

Could the Next World War be Initiated with an EMP Weapon Over Continental U.S.?