“Expert” Claims Food Shortages Are The Next Global Health Crisis 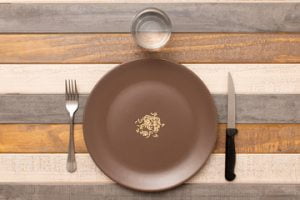 Peter Sands, the executive director of the Global Fund to Fight AIDS, Tuberculosis, and Malaria, told Reuters in an interview on Tuesday that the next global health crisis is food shortages. Rising food and energy prices could kill millions both directly and indirectly, Sands said.

“Food shortages work in two ways. One is you have the tragedy of people actually starving to death. But second is you have the fact that often much larger numbers of people are poorly nourished, and that makes them more vulnerable to existing diseases,” he said according to a report by U.S. News.

Sands said an investment was needed to strengthen health systems to help prepare for the repercussions of food shortages, which is part of the Global Fund’s remit. The Geneva, Switzerland-based fund is aiming to raise $18 billion to boost health systems, fight the three core diseases in its title, and reverse setbacks caused by the pandemic. It has raised just over a third of its target for 2024-2026.

So in other words, Sands, the “expert” and fear-mongering elitist wants funds stolen from the slave class who is already at the brink of financial destruction in order to fund systems that will be overwhelmed during the food shortage that only the slave class will suffer.

This world is in big trouble unless people, the “useless eaters” can open their eyes to what their masters are doing to them.

Government (including democracy and a republic) is slavery and those masters created these food shortages on purpose. They will be used to manufacture compliance for something in the not too distant future.

We had all better be prepared because at some point when enough people have figured out the master-slave class system we are all living under, we will have to watch as the masters continue to fight to control as many of us as they can. Their power comes from our belief that they have any. If we remove that belief that anyone has power over us, we will finally begin to see what a free society can actually achieve.