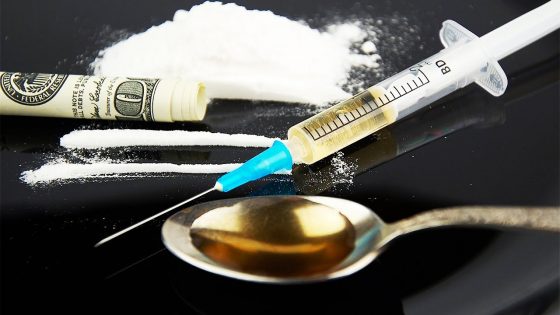 Whistleblower Joe Rannazzisi is telling all when it comes to placing blame for the nation’s opioid crisis. He says drug distributors pumped opioids into communities in the United States knowing that people were dying and that the US government is helping.

Joe Rannazzisi is a tough and blunt former DEA (Drug Enforcement Administration) deputy assistant administrator with a law degree, a pharmacy degree, and a growing rage at the unrelenting death toll from opioids. Congress has often been complicit in atrocities, especially when a politician profits off of the removal of the rights of others. So it should not come as a surprise that Rannazzisi is blaming Congress and the drug industry for the opioid epidemic gripping the nation.

Rannazzisi ran the DEA’s Office of Diversion Control, the division that regulates and investigates the pharmaceutical industry. Now in a joint investigation by 60 Minutes and The Washington Post, Rannazzisi tells the inside story of how, he says, the opioid crisis was allowed to spread. Its quick spread was also aided by Congress, lobbyists, and a drug distribution industry that shipped, almost unchecked, hundreds of millions of pills to rogue pharmacies and pain clinics providing the rocket fuel for a crisis that, over the last two decades, has claimed 200,000 lives.

The DEA responded to the explosive report that the government is helping keep Americans addicted to opioids so that pharmaceutical companies can continue to boast big profits. The DEA says it has taken actions against far fewer opioid distributors under a new law. A Justice Department memo shows 65 doctors, pharmacies, and drug companies received suspension orders in 2011. Only six of them have gotten them this year. “During the past seven years, we have removed approximately 900 registrations annually, preventing reckless doctors and rogue businesses from making an already troubling problem worse,” the DEA said in a written statement. “Increasingly, our investigators initiated more than 10,000 cases and averaged more than 2,000 arrests per year.”

But Rannazzisi says this is an industry that is out of control and the DEA isn’t making a dent in this crisis. “What they [big pharma] wanna do, is do what they wanna do, and not worry about what the law is. And if they don’t follow the law in drug supply, people die. That’s just it. People die.” The harsh reality is that the burgeoning issue of the opioid epidemic is lining the pockets of the pharmaceutical industry and the politicians who help fuel it, so there’s no real rush to stem the bleeding of this crisis.

“This is an industry that allowed millions and millions of drugs to go into bad pharmacies and doctors’ offices, that distributed them out to people who had no legitimate need for those drugs,” Rannazzisi said.

Most of his anger is reserved for the distributors of opioid drugs. Some of them are actually multibillion-dollar, Fortune 500 companies. They are the middlemen that ship the pain pills from manufacturers, like Purdue Pharma and Johnson & Johnson to drug stores all over the country. Rannazzisi accuses the distributors of fueling the opioid epidemic by turning a blind eye to pain pills being diverted to illicit use.

“This is an industry that allowed millions and millions of drugs to go into bad pharmacies and doctors’ offices, that distributed them out to people who had no legitimate need for those drugs,” Rannazzisi said. “The three largest distributors are Cardinal Health, McKesson, and AmerisourceBergen. They control probably 85 or 90 percent of the drugs going downstream,” he added when prompted. Rannazzisi said it’s a “fact” that the big pharmaceutical companies knew they were pumping drugs into people unnecessarily for profits and that people were dying.

In the late 1990s, opioids like oxycodone and hydrocodone became a routine medical treatment for chronic pain. Drug companies assured doctors and congressional investigators that the pain medications were effective and safe. With many doctors convinced the drugs posed few risks, prescriptions skyrocketed and so did addiction.

Big pharma had a plan. It was solely a business plan. Their plan was to sell a lotta pills and make a lot of money. And they did both of those very well.