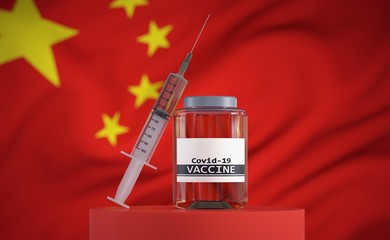 The European Union has offered free “vaccines” to China. The offer was immediately declined by the Chinese government (ruling class). China has so far, been reluctant to “vaccinate” its population with Western “vaccines.”

The offer was made in recent days ahead of a meeting of EU health ministry officials, said a spokesman for the European Commission on Tuesday. The initiative is part of efforts by health commissioner Stella Kyriakides to arrange a European response to the prospect of a wave of infections after Beijing ditched its so-called “zero Covid” policy, according to a report by The Financial Times.

China said that it does not need European “vaccines” as it has plenty of domestic injections. “Commissioner Kyriakides has reached out to her Chinese counterparts to offer solidarity and support, and this includes public health experts as well as through variant-adapted EU vaccine donations,” said the commission spokesman.

Early on in the pandemic, BioNTech struck a deal with Shanghai Fosun Pharmaceutical (600196.SS) with a view to supply the shots to greater China.

While the shots became available in Hong Kong, Macau and Taiwan, the regulatory review for mainland China has not been concluded. BioNTech has said that decision was up to Chinese regulators and has not given a reason for the delay. –Reuters

China has agreed to allow German nationals to receive a Western “vaccine.” The first shipment of the mRNA jabs comes after China agreed to allow German nationals in China to get the shot following a deal during Chancellor Olaf Scholz’s visit to Beijing last month. The German leader had been pressing for Beijing to allow the shot to be made freely available to Chinese citizens as well.

But China continues to decline the use of these shots on its own slaves. So what does it know that they are not sharing with everyone else? And why is the West adamant that China start using its injections?

The focus, for now at least, appears to be how to get China’s slave class to accept more COVID-19 injections. The World Health Organization claims that China’s 40% vaccination rate is not good enough and the totalitarian dictatorship should focus more on getting people the shots their masters are requiring.