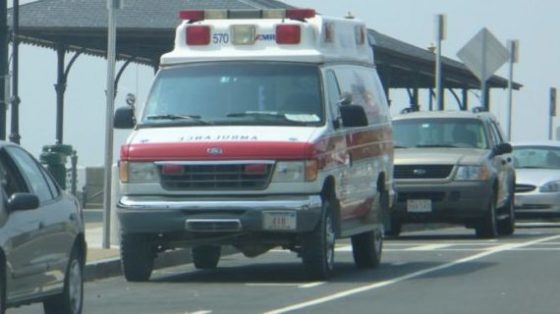 If you think like most, not much about the Parkland, Florida school shooting has added up so far. Now there are reports that the responding emergency medical teams sent in to save lives after the horrific shooting were told to “stand down” while some of the students bled out.

It’s becoming increasingly obvious to every intelligent observer that someone wanted to maximize the body count from the shooting.

Here are four irrefutable facts about the shooting that simply make it look like the body count needed to be higher.

1. Deputy Scot Peterson stood by and refused to enter the school building even though he was armed and on-site during the entire shooting rampage. This is not in dispute.

2. In all, four sheriff’s deputies stood down, hiding behind their cars and refusing to enter the building, according to numerous media reports including CNN’s own Jake Tapper.

3. Their boss, Sheriff Scott Israel, is a known anti-gun Democrat who has been accused of public corruption for spending hundreds of thousands of dollars in taxpayer money to conduct “positive spin” Public Relations (propaganda) campaigns to make himself look good. He also compares himself to Gandhi, Abraham Lincoln, and Martin Luther King, Jr.

4. Even the Coral Springs police who rushed to the scene (and rushed into the building) accused the Broward County sheriff’s deputies of “dereliction of duty.” This was reported by CNN and dozens of other sources.

Now there are reports that medical teams were told to delay their entry into the school building to increase the number of casualties. An emergency responder told reporter Brian Entin with Fox Affiliate WSVN in Miami, “We were asking to go in… why are we all standing around? …law enforcement… would not allow medical personnel in…” (see full response in tweet, below):

"Everything I was trained on mass casualty events says they did the wrong thing." I spoke with a seasoned emergency medical responder who was one of the first to the Stoneman shooting. He doesn't want me using his name for fear he will get fired. Here are his exact quotes. @wsvn pic.twitter.com/t9trsOEaek

.@jaketapper here is the email I sent the @browardsheriff on Thursday referencing what the emergency responders told me. I got no response. pic.twitter.com/o0HFNdRXnR

What’s clear from not just the tragic event itself but also the highly charged, heavily politicized aftermath of the tragedy (as pursued by fake news theater production companies like CNN) is that everybody was being ordered to stand down. When help was needed the most, everyone was told to do nothing.

Natural News dared to ask a question the mainstream media can’t be bothered with: how come no one is asking why the very people we depend on to arrive on the scene of an active shooter and engage bad guys with guns were caught standing around with their guns in their holsters rather than taking out the shooter? (As a side note, this once again underscores the whole reason why dialing 911 is tantamount to suicide, proving why we need gun rights to defend ourselves from bad guys that the government refuses to engage.)

So who ordered the medical teams to stand down? Why aren’t these kids demanding answers to the real questions instead of demanding the innocent disarm? Because it’s likely a false flag with an anti-gun agenda and rather wealthy elitists backing the entire scheme.