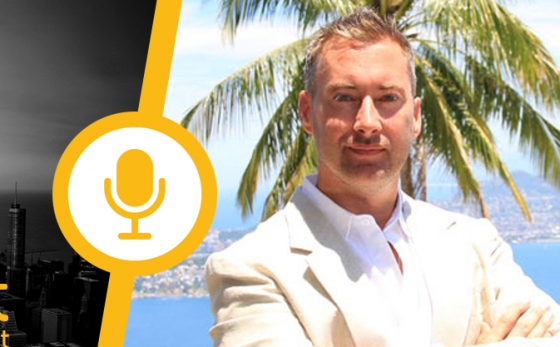 Every single financial collapse has been engineered by elitists and governments as a method of gaining the public’s support for more control over their money supply. Now one YouTuber has the guts to say it and boldly declares that those same globalists will blame bitcoin for a biblical level financial collapse.

The Dollar Vigilante YouTube channel isn’t walking on eggshells in their video titled “The Globalist Plan To Blame Bitcoin For Biblical Level Collapse.” The video starts off with a harsh dose of reality that many won’t like:

They won’t teach you in your government schools but every major economic and financial collapse is planned. It doesn’t happen by accident.  – Jeff Berwick, The Dollar Vigilante

Berwick doesn’t mince words later either, and he says that the government and other globalists already have plans to collapse the economy and blame Bitcoin. Mike Adams, the Health Ranger has also stated that the elitists need to control Bitcoin in order to control humanity, so look for a false flag terror attack allegedly funded by the now infamous decentralized cryptocurrency.

“By any measure, we are not at the most extreme time in history in money, finance, banking, equities, bonds, real estate and other sectors,” says Berwick. “We’ve never seen money printing across the board like we’ve seen in the last decade. Interest rates are at record lows and even at ludicrous negative rates in some countries. They’ve never been lower in 5000 years. By any measure, the US stock market is at or past extremes.” Along with the US government’s debt doubling in the last 8 years to a whopping $21 trillion, Berwick says that this is just the symptom of a government and globalist manufactured economic collapse that will all have to “come crashing down.”

“As always, I look for the clues directly from those who currently control the world, for the answers,” says Berwick. He then points to a Rothschild owned economic magazine that foretells in its 1988 cover image that 2018 will be the year of the global currency. “How could the globalist bankers plan 30 years ahead for a massive change in the monetary system?” Berwick asks. “Well, look no further than Bilderberg.”

Why? “Because most of the power in the hands of the elites now rests in their control over the issuance of currency which they cannot control with Bitcoin,” Berwick continues. “Instead, what their game plan might be, is to put trillions of dollars into Bitcoin to blow it up to massive extremes.” Berwick then goes on to quote other financial an market experts, such as Jamie Dimon of JP Morgan, who all say Bitcoin will cross the $60,000 -$100,000  threshold before the collapse.

But Bewick also says that one the state gets control of the cryptocurrency, no other cryptocurrency will be allowed to coexist. The game plan is for the price of Bitcoin to crash, either by design or under its own weight so that the global elitists and governments can implement their own cryptocurrency, and again control the supply of currency.

Some crackpots on the internet believe Bitcoin is globalist invention. They clearly don’t understand power, control, or what Bitcoin is. If they did, they’d know that Bitcoin is the antidote to the new world order, not the gateway. -Jeff Berwick