Eerie: Hacked Emergency Message Foreshadowed Devastating NJ Train Crash: “Would You? Could You? On a Train?” 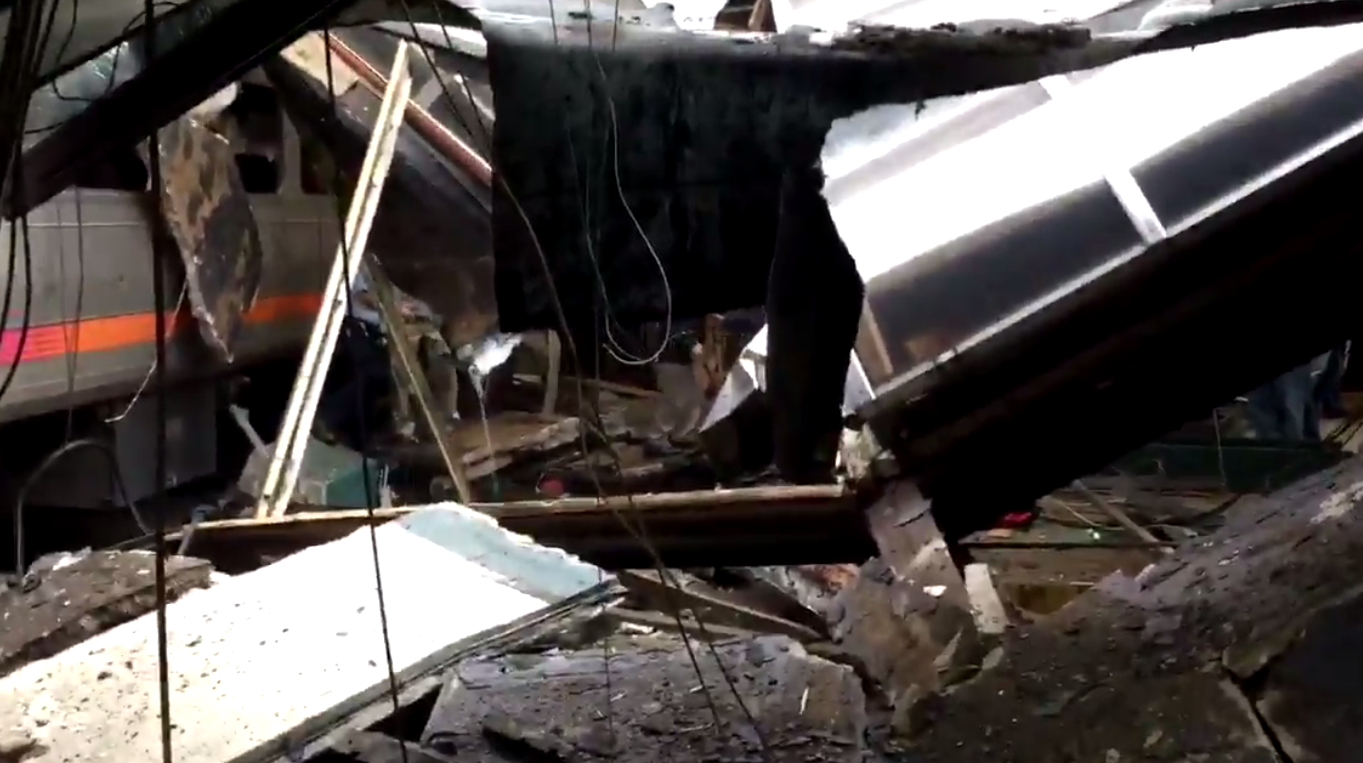 The most horrific news of the day is undoubtedly the disastrous train crash in Hoboken, New Jersey that frightened everyone in the station, and killed at least one person as it went off its rails and crashed through the station.

At least one hunred people were injured, and witnesses saw one of the most dramatic and unsettling accidental events in some time.

“The next thing I know, I’m on the floor. We are plowing through something … and when the train came to a stop, I could see the parts of the roof on the first car and some of the debris next to me,” Shah said. (source)

But it is the hacked message that happened hours before that makes this event truly creepy.

Without any particular explanation, an emergency broadcast warning went out over WKTV 2 in Utica, NY that read:

“Civil Authorities have issues a Hazardous Materials Warning for The United States. Effective until September 29, 02:16AM EDT. Would you. Could you. On a Train? Wait for further instructions.”

Video of this bizarre message was recorded and posted to YouTube:

The station quickly followed up correcting the record, stating that there is no emergency, blaming the message on FEMA test codes that were supposedly meant for testing the system internally, and not intended for public broadcast.: 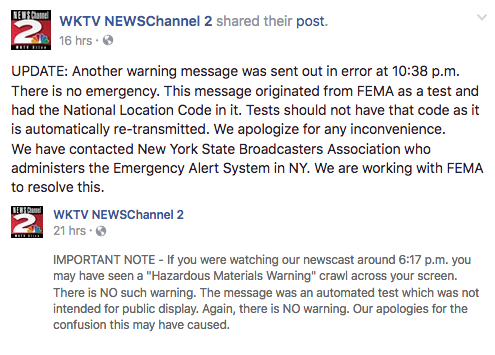 But, of course, that explanation does nothing to account for the words:

“Would you. Could you. On a Train? Wait for further instructions.”

In light of the train crash, this meaning could strongly indicate foul play and prior knowledge. Whoever hacked the station message or “internal codes” may have been communicating with one or more conspirators who are awaiting ‘instructions.’

Of course, that is all speculation.

Right now, the train crash is being blamed on a lack of equipment used to slow down trains, and possibility human operator error. Authorities are investigating that angle.

But there may well be more to the story – a side that isn’t likely to make headlines.

So what is really going on?

This makes at least the third strange and/or hacked broadcast in recent weeks… enough to start asking some bigger questions.

First, authorities in Long Island, NY accidentally sent out an emergency evacuation order for the entire heavily populated island… when they supposedly only meant to warn visitors to a single beach that a storm was approaching and they shouldn’t be there.

Then, an emergency broadcast station on 1630 AM out of New York, was heard 30-40 miles away in New Jersey with the bizarre message: “Trump Will Go 26th” repeating over and over.

Was it some sort of veiled threat or coded communication? Or was it just meaningless noise in the system?