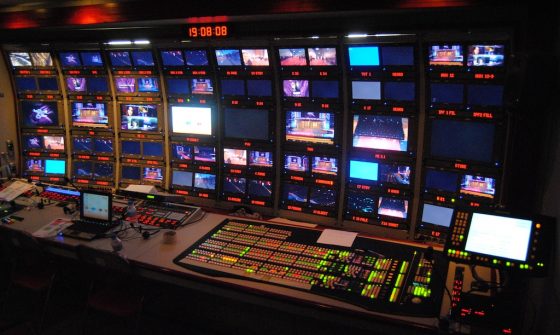 Strange and creepy broadcasts have been heard in California lately.  The announcements proclaim warnings of “violent times” and have been awfully terrifying those who hear them.

The eerie broadcasts have been heard by people in Orange County, California last week. The regular TV programming was interrupted with ominous messages suggesting the end was very near.

“My sister recorded it on her phone and brought it over for me to hear and it was the most unsettling thing I have ever heard in my life,” one user wrote on Reddit. “I heard music playing and a man talking but his tone was scary and oddly went with the music.”

Viewers on Cox Communications and Spectrum on Thursday, September 21 were subjected to the odd event. Their regular broadcasts, including the channels HGTV and Bravo, were replaced with a screen displaying the words “EMERGENCY ALERT”, with some panicked audio playing over the top.

“The space programme made contact with… They are not what they claim to be,” one of the recordings said. “They have infiltrated a lot of, uh, a lot of aspects of military establishment, particularly Area 51. The disasters that are coming – the military – I’m sorry the government knows about them…”

Another recording had a voice warning that “extremely violent times will come”, with one viewer telling the Orange County Register that it “almost sounded like Hitler talking.” –IFL Science

No one seems to know what exactly was going on to cause these broadcasts. According to IFL Science’s educated guess, however, would suggest some pranksters managed to access the Emergency Alert System (EAS), which allows authorities to take over TV and radio stations to display important emergency alerts, like severe weather warnings. If that’s the case, that’s probably not a good thing. In a Reddit thread, a couple of users said they’d called Cox to ask what the issue was, but the company was not being too responsive.

Gizmodo also noted that the audio on both recordings was easily traceable. The first belongs to a conspiracy theory radio show called Coast to Coast AM from 1997, and the second came from a Christian radio program.