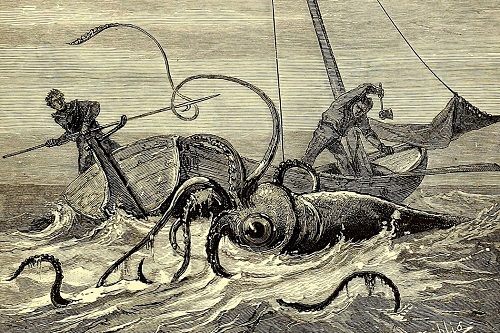 The mainstream news has been awash lately in talk over the danger of economic “contagion,” primarily due to lack of dollar liquidity in emerging markets. This lack of liquidity is being pegged as a trigger for instability in stocks, bonds and forex markets around the world, and this time around it is the nation of Turkey that is being called a potential trigger for a fiscal domino effect spreading through multiple countries.

We have heard talk of “contagion” before. Not long ago, Italy’s political shift toward a supposedly populist government led to fears of debt contagion within the European Union; this is still a valid concern, just not for the reasons the mainstream financial media usually presents.

The issue of contagion must be examined through a different set of parameters besides those shoved in our faces by the financial media. In their world, everything is a matter of unpredictable cause and effect; everything is random and coincidental. Everything is chaos waiting to happen, and when crisis does strike, all can be blamed on a set of unrelated but interconnected scapegoats.

They will claim it was the “populists,” conservatives, conservative philosophy or the notion of national sovereignty. Or they will blame it on even more abstract concepts of “human greed” and “individual selfishness.”

These excuses for unstable systems and disasters stem from a propaganda ploy developed by DARPA called “Linchpin Theory.” It is the widely promoted idea that human systems collapse “naturally” when they become “too complex,” and all it takes to start this collapse in motion is a single well placed “linchpin” pulled at the right moment. In other words, DARPA wants you to believe that there is no such thing as organized conspiracy and that all disasters are caused by chance.

I wrote extensively about this subject in my article “The Linchpin Lie: How Global Collapse Will Be Sold To The Masses,” published in 2013.

Of course, the linchpin idea and the notion that overcomplexity is to blame for all the world’s ills helps globalists greatly. For if human systems need to be streamlined or “simplified”, what better way to do this than to get rid of sovereign nation states, governments and economies and centralize everything down into a one world economy, a one world government, a new world order?

What linchpin theory ignores is the careful strategic planning required to position all the geopolitical dominoes in a perfect chain so that they can be knocked over by that one person, country or event.

The protection of complexity is created through decentralization.

When we look at the true causes of numerous economic and political crises around the world, we usually find globalists and their agent institutions right at the center. Foremost of these institutions are central banks.

In my article “All The Old World Systems Are being Deliberately Torn Down,” published in November of last year, I warned of several trends which would likely lead to economic instability. One of these trends was the possible breakup of NATO starting with Turkey. Turkey’s leadership under Recep Erdogen has been increasingly erratic and violent, most notably after the highly suspicious and likely fake military coup attempt in 2016. The coup gave Erdogen a perfect rationale for his consolidation of power, all while his political opponents could be systematically rounded up and imprisoned.

The “thwarted coup” narrative has been popular lately. First in Turkey and then in Saudi Arabia under Mohammad Bin Salman — two nations that are quickly plunging into even more aggressive dictatorship and that are vital to the United States strategically and economically. Over the past two years, both countries have become more distant as allies. Saudi Arabia has consistently discussed moving away from its arrangements to continue holding U.S. treasury debt and using the dollar as the petro-currency. Turkey has consistently discussed breaking from NATO and ending its arrangement to allow U.S. military assets to stage within its borders.

Another narrative that has been popular lately has been the idea that the global trade war will be the cause of all our economic displacement for years to come. The trade war is a perfect distraction, providing the chaos fuel necessary to allow central banks to pull the plug on economic support and then blame the resulting crisis on various random “linchpins.” This is exactly what they have been doing.

In terms of stock markets, I think it has now been clearly established that the Federal Reserve’s balance sheet cuts and interest rate hikes are the main cause (if not the only cause) of stock rallies and declines. Almost every major decline in equities takes place within 7-10 days after the Fed dumps assets from its balance sheet. One can study the Fed’s progressive cuts over the year on their own website and compare them to the moves in the Dow or S&P.

In July, for example, I told my readers to expect a recovery in stocks due to the Fed freezing balance sheet cuts during that month. The Fed held the balance sheet steady for most of July, only cutting a mere $12 billion at the end of the month.  As a result stocks rallied.  In August, the Fed has already cut over $20 billion and will probably cut more in the next two weeks, which would indicate an aggressive fall in stocks this month into September. The Fed controls when and how stock markets crash… at least for now.

This correlation and obvious causation are rarely if ever mentioned in the mainstream. Instead, we get talk of “contagion” caused by Turkey and the trade war.

The Fed’s balance sheet cuts do not only cause havoc in stock markets. Emerging market economies have grown increasingly dependent on the flow of cheap dollars and financial assets precipitated by the Fed’s stimulus measures over the past decade. If you were wondering where most of that bailout money and quantitative easing money were going over the years and you did not study the audit of TARP, then you might be surprised to find out that trillions in no interest overnight loans were going to foreign banks and corporations rather than U.S. banks. This included emerging market nations.

Countries like China, India, Brazil and even Turkey all used easy cash flow from central banks like the Fed to prop up their bond markets, and manipulate their currencies as well as their equities. India, for example, openly complained about the Fed’s move to raise interest rates and cut the balance sheet, warning that it would cause instability in global markets dependent on dollar circulation.

The Fed’s unwind of QE is hitting emerging markets first and mostly in terms of currency values. The stronger dollar (relative to forex trading) is causing extensive havoc in forex trading and other sectors as investors pull funds from emerging markets due to a less favorable exchange rate. But this does not necessarily mean that US based assets will benefit.

The U.S. economy is next on the chopping block as corporate debt now sits near historic highs. The only other safety net for U.S. stocks the past few years has been corporate stock buybacks, which corporations have been funding with no-interest loans from the Fed and other banks. As the Fed continues to raise interest rates, corporate debt costs will skyrocket and these stock buybacks will shrivel. After this happens, each new cut of the Fed’s balance sheet will result in an even more dramatic fall in the Dow.

Ultimately, emerging markets are going to look for alternatives to the dollar as the world reserve if they don’t get a supply of the fiscal stimulus drug they have become so addicted to. This is already happening in China and Russia as they dump U.S. Treasurys and de-dollarize in favor of other assets like gold.

So, we have international markets suffering from liquidity withdrawals due to the Federal Reserve, we have U.S. stock markets under threat of reversal due to Fed interest rate hikes and balance sheet dumps, and we have the dollar’s world reserve currency status under threat as multiple nations seek out alternatives after feeling jilted by the Fed taking away the punch bowl. Multiple tentacles are wrapped around the global economy and all of them attached to the same source.

It would appear that the only “contagion” is that of central banks; most of all the Federal Reserve. Yet, all we hear about in the mainstream is talk on the trade war and linchpins like Turkey. The public is being regaled with lies, conditioned to accept false explanations about the true cause of a crisis that is about to occur; a crisis which central bankers are deliberately engineering so that they can later promote the philosophy of “simplification” and one-world centralization as a cure-all.