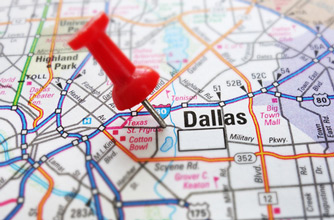 The Centers for Disease Control have been mobilized and are dispatching teams to Dallas, TX.

Zachary Thompson, the director of the Dallas County Health & Human Services, says the Center for Disease Control is mobilizing as if the patient tested positive for the virus.

However, he said Dallas County is ready if the patient’s results come back positive.

“This is not Africa,” Thompson said. “We have a great infrastructure to deal with an outbreak.”

Note to readers: There has been no confirmation that the patient isolated in Dallas is infected with Ebola. CDC testing labs will reportedly have results sometime today.

The virus that has infected nearly 10,000 people in West Africa and killed over 3,000 so far this year may now be in America.

Multiple news sources are reporting that an individual showing symptoms of the Ebola virus has been admitted to a hospital in Dallas, Texas. The patient, whose travel history suggests he or she may have been exposed to the virus, has been isolated and Texas Health Presbyterian Hospital of Dallas says it is following testing and quarantine procedures outlined by the Centers for Disease Control.

Test samples have been sent to the CDC and preliminary test results are expected Tuesday morning.

In a statement released Monday evening, a spokesperson for Texas Health Presbyterian Hospital Dallas said the patient is undergoing evaluation for Ebola based on the patient’s symptoms and recent travel history.

Further details on the patient were not released due to medical confidentiality and personal privacy reasons.

“The hospital is following all Centers for Disease Control and Texas Department of Heath recommendations to ensure the safety of patients, hospital staff, volunteers, physicians and visitors,” according to the hospital’s statement. (Source: NBC DFW & MyFox)

Over the past month several patients have been admitted to U.S. hospitals in California, New York, and Georgia reporting symptoms similar to Ebola but test results in all cases have thus far shown negative for the virus.

But that hasn’t stopped the CDC from preparing guidelines for hospitals around the country with instructions on how to identify suspected cases, testing recommendations, and quarantine procedures. Earlier this year, in anticipation of a potential pandemic, the U.S. government distributed Ebola Bio Detection kits to National Guard units in all 50 states. In September the State Department ordered 160,000 protective HAZMAT suits for aid workers in Africa and other regions that may eventually see infections.

Independent research models have suggested the possibility that up to 100,000 people may be infected with the virus by the end of this year. The World Health Organization has warned that up to one million people in Africa could be infected with the virus by early next year if it continues spreading at its current pace. And most terrifying is a contagion model developed by researchers at MIT and the New England Complex Systems Institute which suggests that even a single infected individual travelling through a major airport hub has the potential to start the virus on a doomsday course that would eventually touch all corners of the globe:

Health care workers around the world have been mobilized and the director of the CDC said in early September that the window of opportunity for containing Ebola was closing rapidly. President Obama has deployed 3,000 U.S. soldiers as part of a recovery team sent to Africa to help control the spread of the virus.

But, as evidenced by research models, concerns from global health care workers and the real possibility of an Ebola infection on U.S. soil, it may already be too late.

What is not being said publicly about the virus but is a major concern behind closed doors is that Ebola’s hyper-evolution is unprecedented and there is widespread concern that it could go airborne much like a common cold or flu. The CDC has admitted that it can be transmitted through the air in the form of water droplets already, but they have yet to admit that it is an airborne contagion.

As we’ve seen in Africa, health care workers seem unable to contain the virus. Whether or not the virus has infected the individual in Dallas, there is a real possibility that it will eventually make its way to the United States. Since there is no cure, the only way to survive such an outbreak is to avoid it.

“Taking preventative action now is critical,” says The Prepper’s Blueprint author Tess Pennington. “Because once it’s confirmed in the United States people are going to panic and medical supplies will disappear from the shelves within a matter of hours.”

Pennington provides a checklist for a basic pandemic preparedness supply list at her web site and recommends, among other things:

She also recommends building a well stocked sick room and stocking up on other essential supplies that may disappear in an emergency.

As of this writing no Ebola infection “in the wild” has been detected in the United States. We’ll keep readers posted on the results from Dallas as soon as they become available. Keep in mind, however, that tens of thousands of aid workers around the world have been mobilized. They are expecting this to keep spreading. The only way to have a chance against a virus without a cure or vaccine is to not contract it. Take preventative measures now.

What is the difference between N95 and N100 respirator masks?