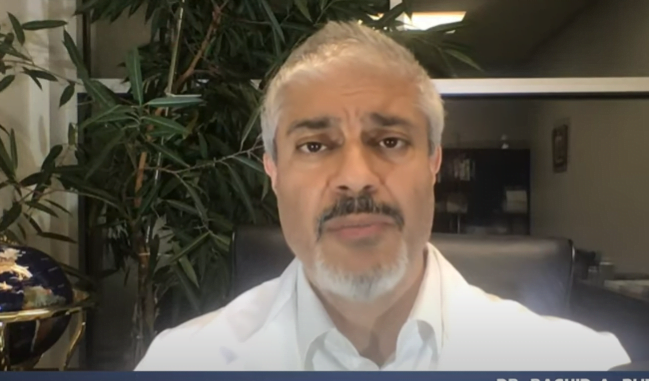 Doctors everywhere are coming out with the truth about the coronavirus pandemic and the panic-induced insanity we have all been witnessing lately.  Many are declaring there is no reason to lock down anyone, other than global tyranny.

As these doctors stand up for their rights to speak the truth and the rights of those being enslaved by politicians, they are censored and bullied by the mainstream media and their totalitarian handlers. Dr. Rashid Buttar is one of those doctors.

After posting a video to YouTube, which Buttar says garnered 9.1 million views on the video he has done with Next News Network. But the information he provided, isn’t allowed to be seen because he blows holes in the plandemic’s official narrative. As Buttar explains in the video below, “why would anybody be concerned about taking that video down? My question is, ‘why is there a need to censor any type of information?'”

We all know the answer now, or we should.  We are supposed to be willful slaves to the ruling class, and too many people are waking up the government’s lies and the mainstream media’s cover-ups of those lies.  That means they will pull out all the stops in an effort to push tyranny on the people.  Any information dangerous to the government’s century of enslavement will be removed, and we all know that.  We have been lied to, but good people everywhere are standing up and taking their basic human rights back.

Dr. Buttar hits the nail on the head:

“The only reason to take [the video] down was that it was a threat in some way. Now, I didn’t threaten anyone. I just brought the facts out. And of course, when you shine the light on cockroaches, what do they don? They scurry to the dark recesses, and that’s exactly what happened.”

The false narrative so many believed for so on (that a handful of people have the right to control your life, steal from you, and rule you as they see fit) is crumbling away.  Freedom and liberty are not only being demanded by people by simply taken back by the refusal to acquiescence to power.

Wake up, and realize YOU have the power, not the tyrants barking commands. Tyranny ends when we stop complying with it.